In 2010 Facebook launched 'Places' - a feature that lets people  'check in' to locations on the app.

Our idea took the idea of a loyalty card and gamified it for an online audience. How to play was easy - we challenged fans to climb a virtual mountain by checking in to The North Face stores in the UK.  When 'a climber' checked into a store location on Facebook they climbed the mountain one step further. The first fan to reach the top of the summit won a truck of The North Face gear. 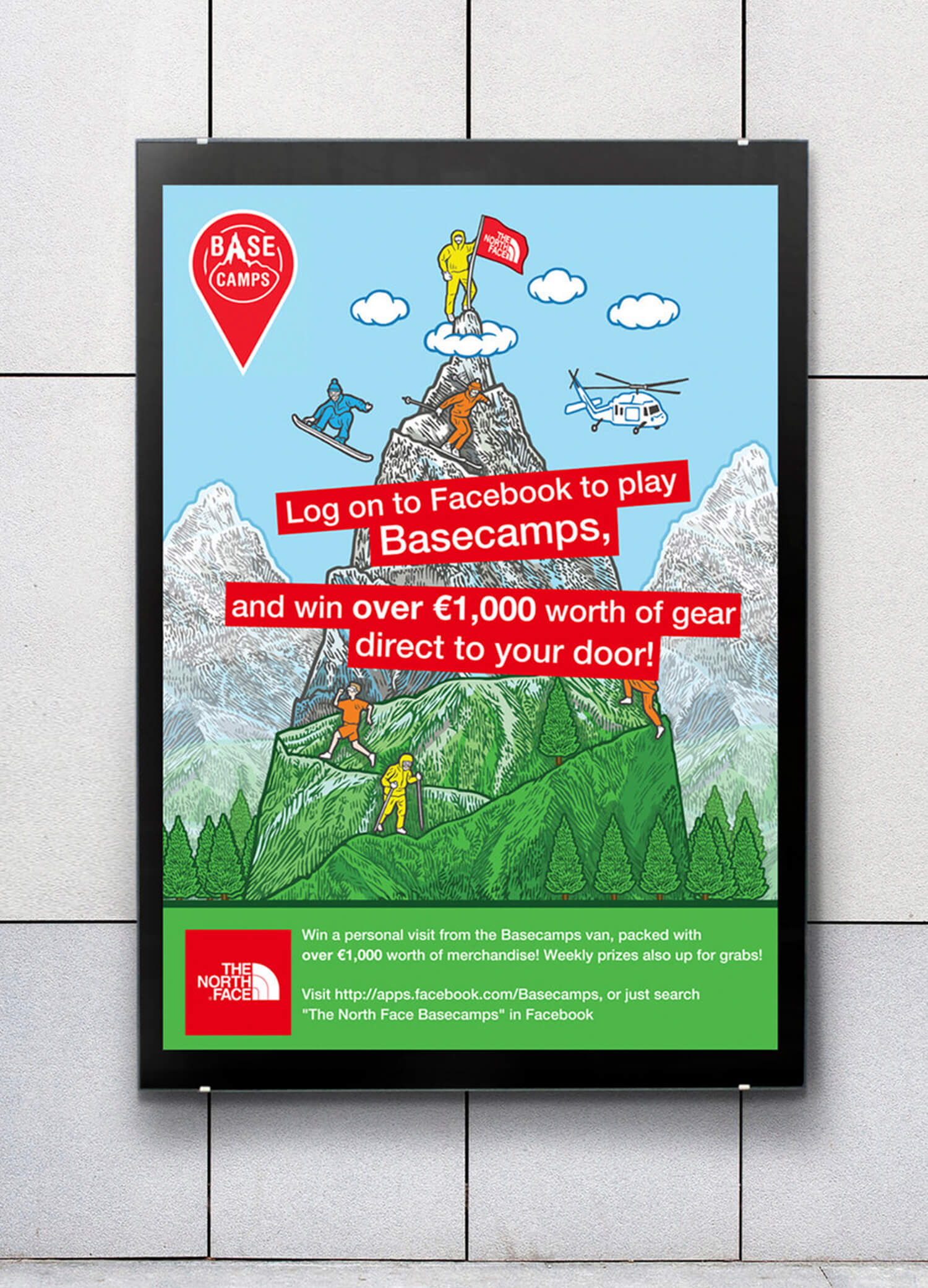 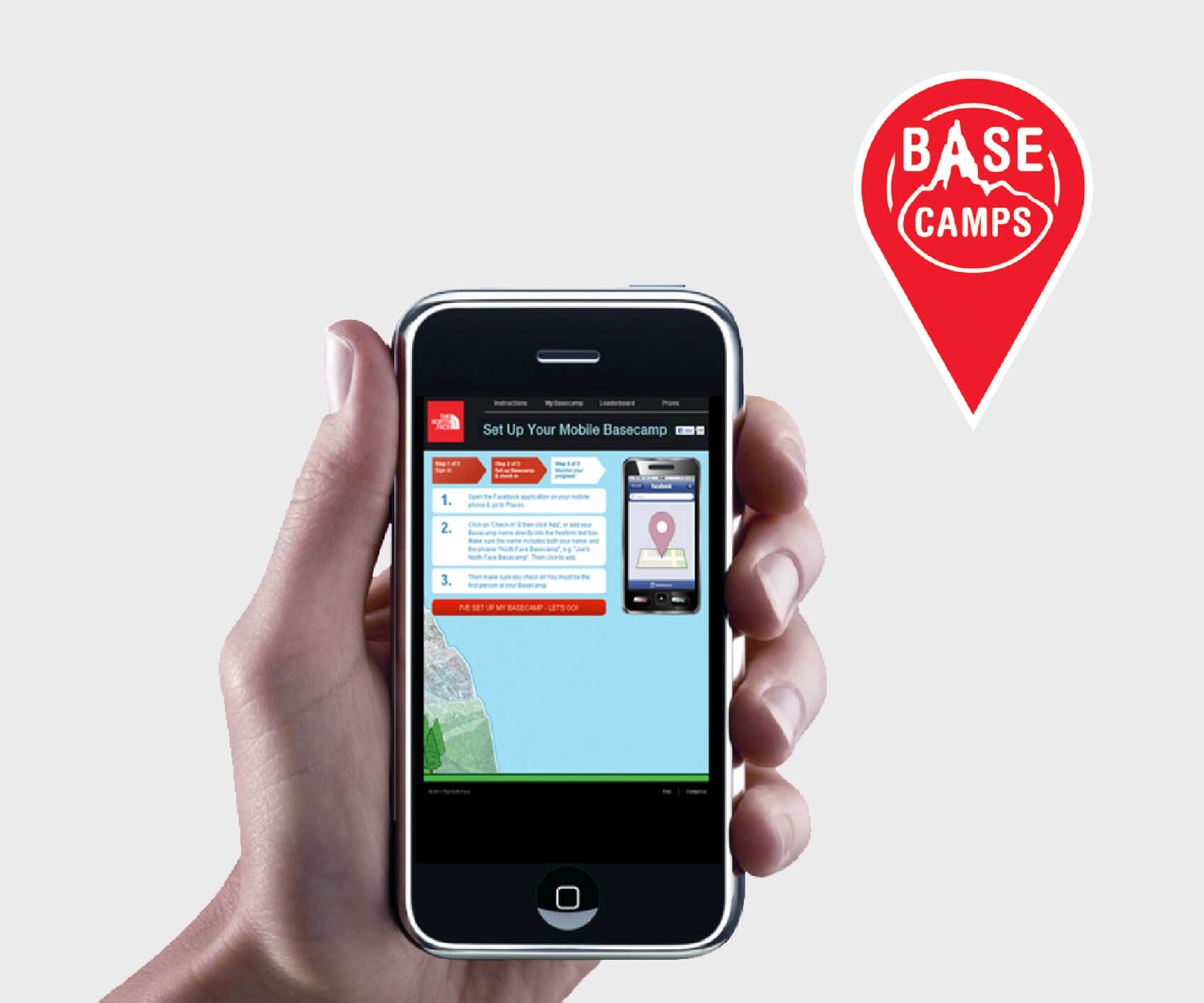