Every Valentine’s Day, the pressure’s on to up your dating game.  But the funniest, most honest dating conversations don’t happen on February 14th. They happen every day, on Twitter. People come to Twitter to talk about what they really think about love and dating; the good, the bad and the excruciatingly awkward. So, as the unrealistic expectations of Valentine’s Day loomed we had the perfect antidote in mind: An out of home media blitz and The Dating Twitter Advice Bureau.

Designed to celebrate our Tweeters and their frank and hilarious honesty, we launched an out-of-home takeover, starring Twitter-users’ Tweets about love and dating. We plastered entire London Underground platforms with gigantic, cross-track Tweets, creating London’s longest timelines, along which commuters strolled - rather than scrolled - for the finest dating mishaps. The execution rethought OOH, from communicating messaging to giving people the laugh they needed at the right time: a stage for witty comedy where brow-beaten commuters least expected it.

Our experiential took the form of an interactive advice bureau. Set in Covent Garden, the beating heart of London’s dating scene, the Dating Twitter Advice Bureau was a pop-up Pick ‘n’ Mix of tips and installations inspired by the funniest, most relatable Tweets. You could cringe your face off in The Gallery Of Awkward Silences, shake our Tragic Date Ball for useless advice, or lay flowers to lost conversations in the Ghosting Graveyard (inspired by the very best “ghosted” Tweets).

On Twitter, a video featuring comedian Phil Wang put top Tweets into action, our own dating column in Stylist gave readers impractical tips for Valentine’s Day, while a takeover of @TwitterUK spread the message wide. 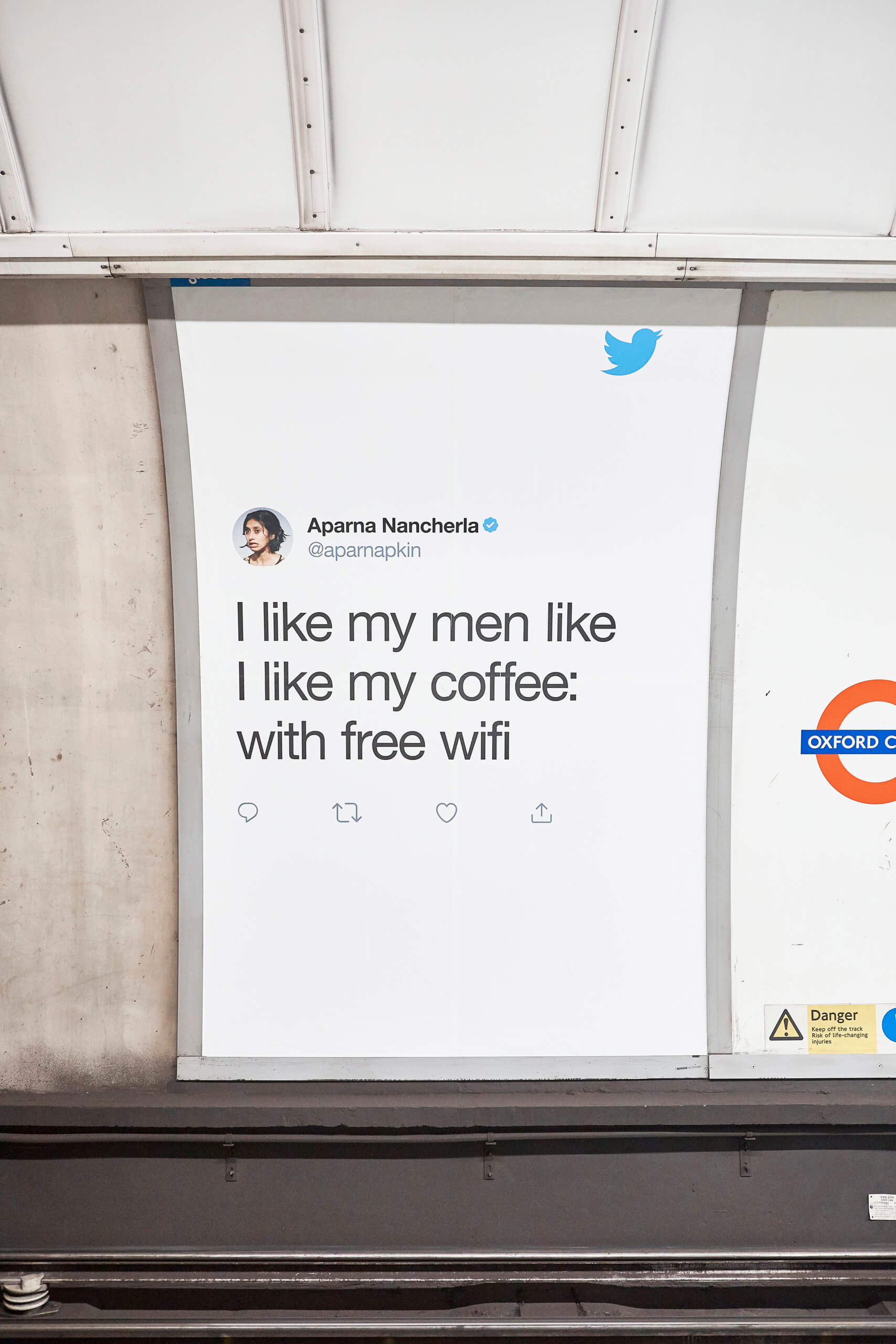 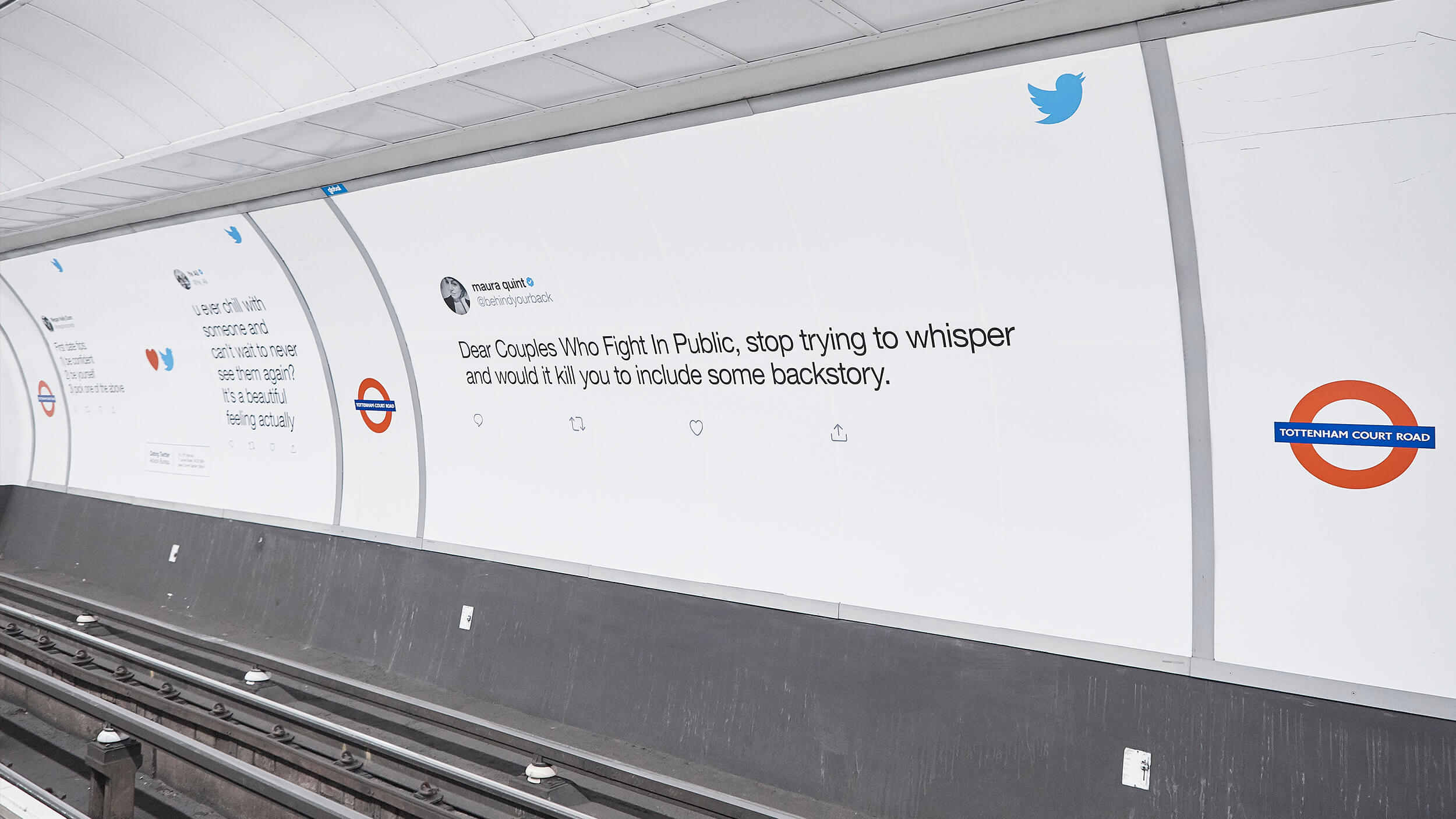 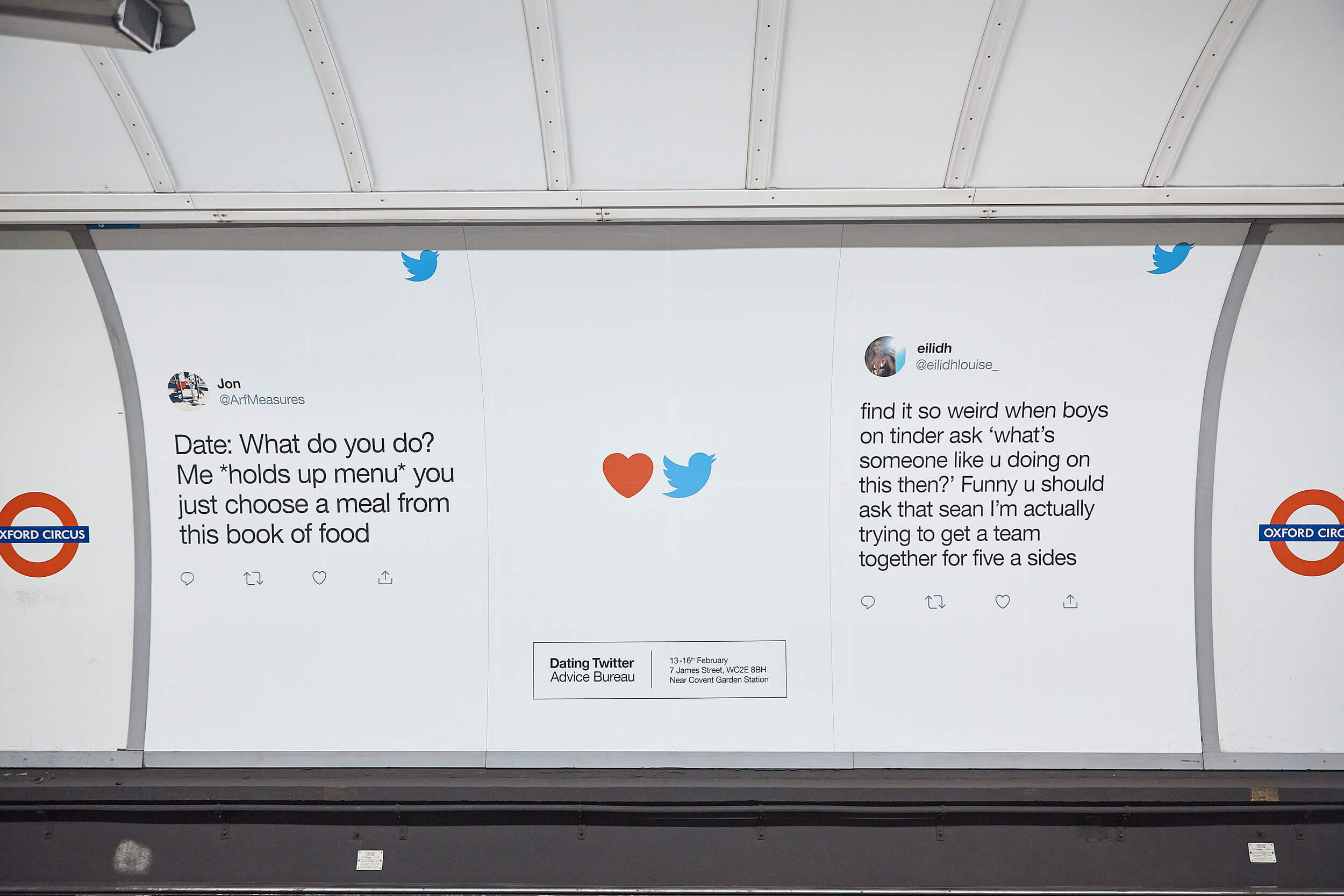 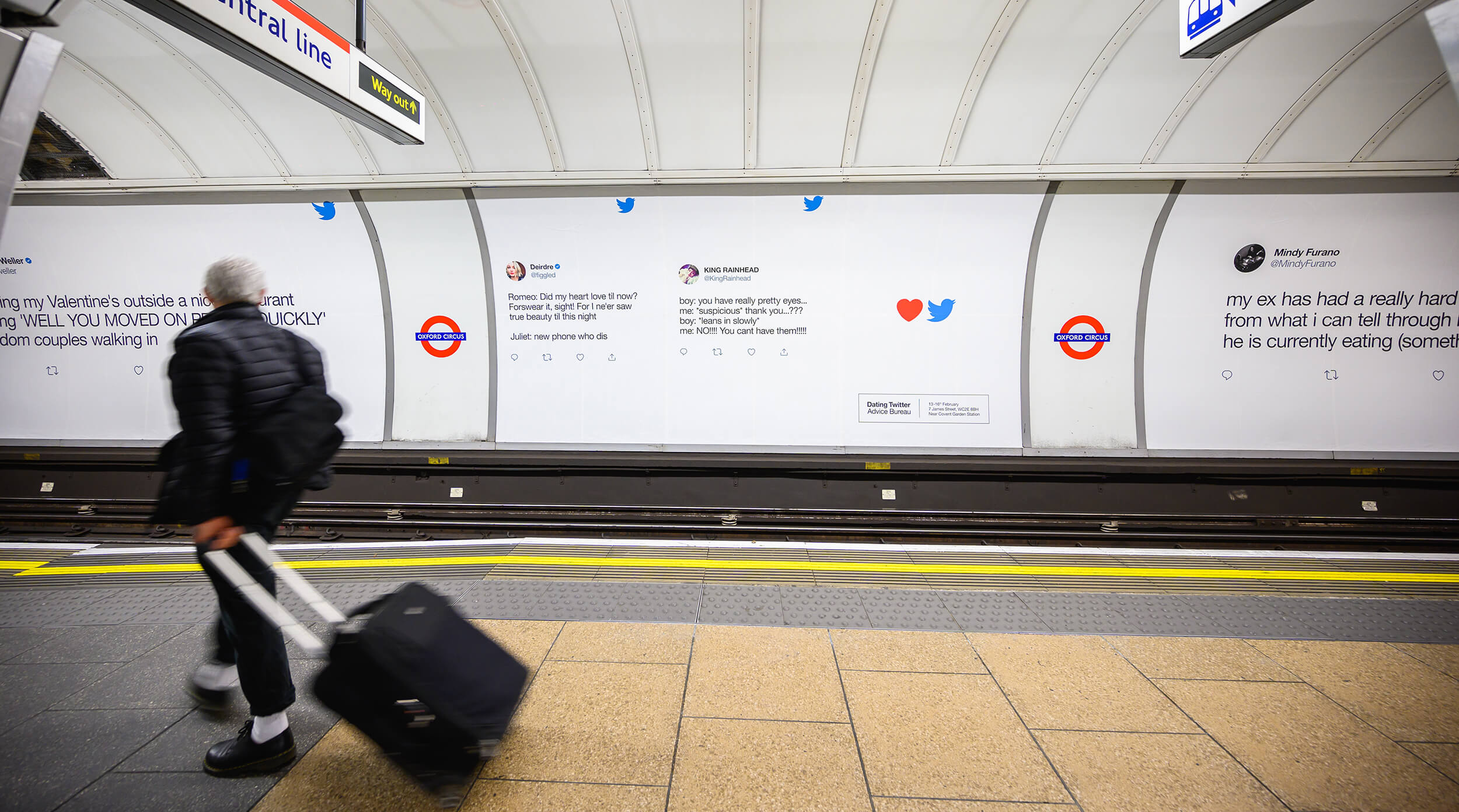 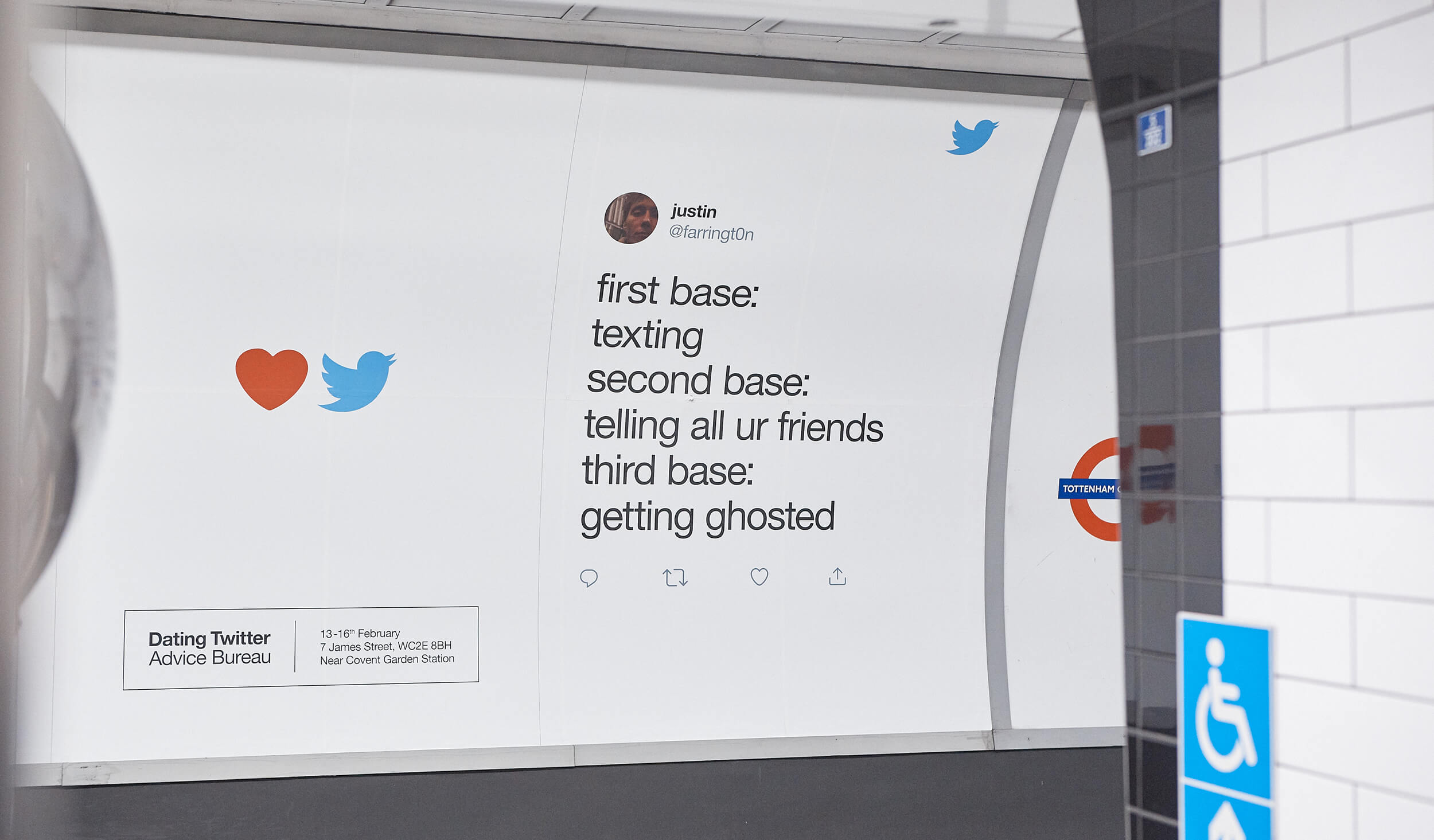 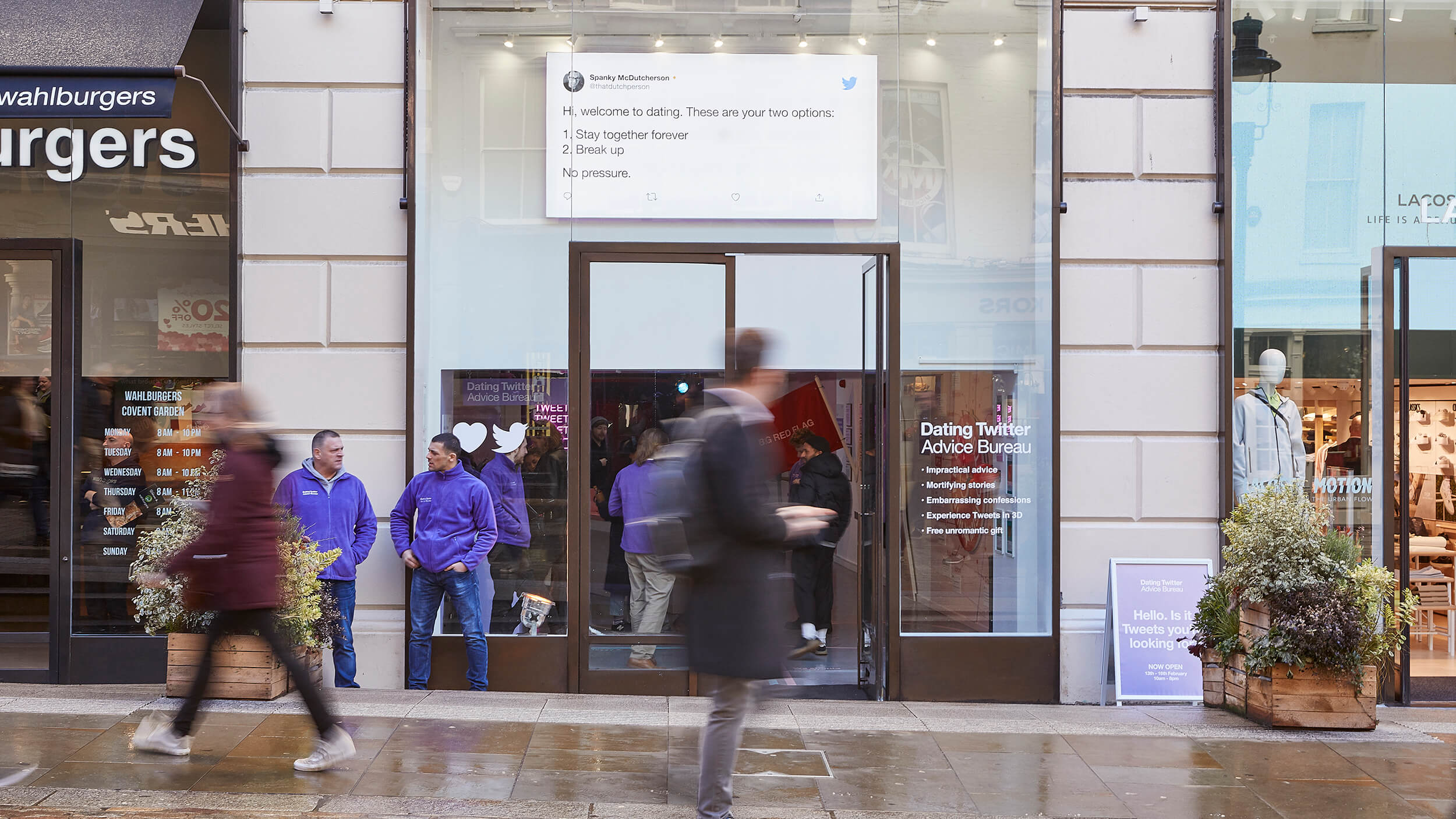 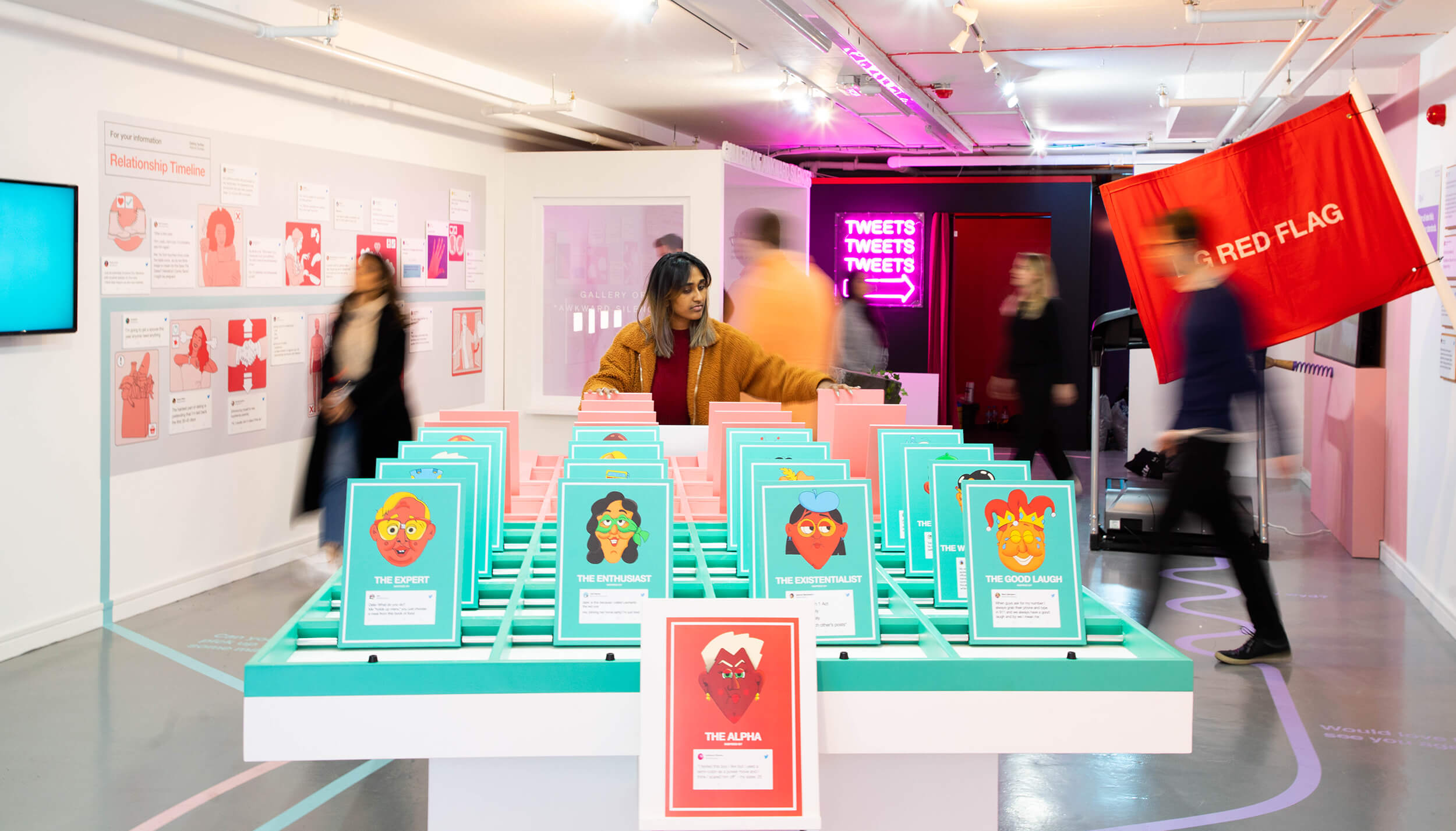 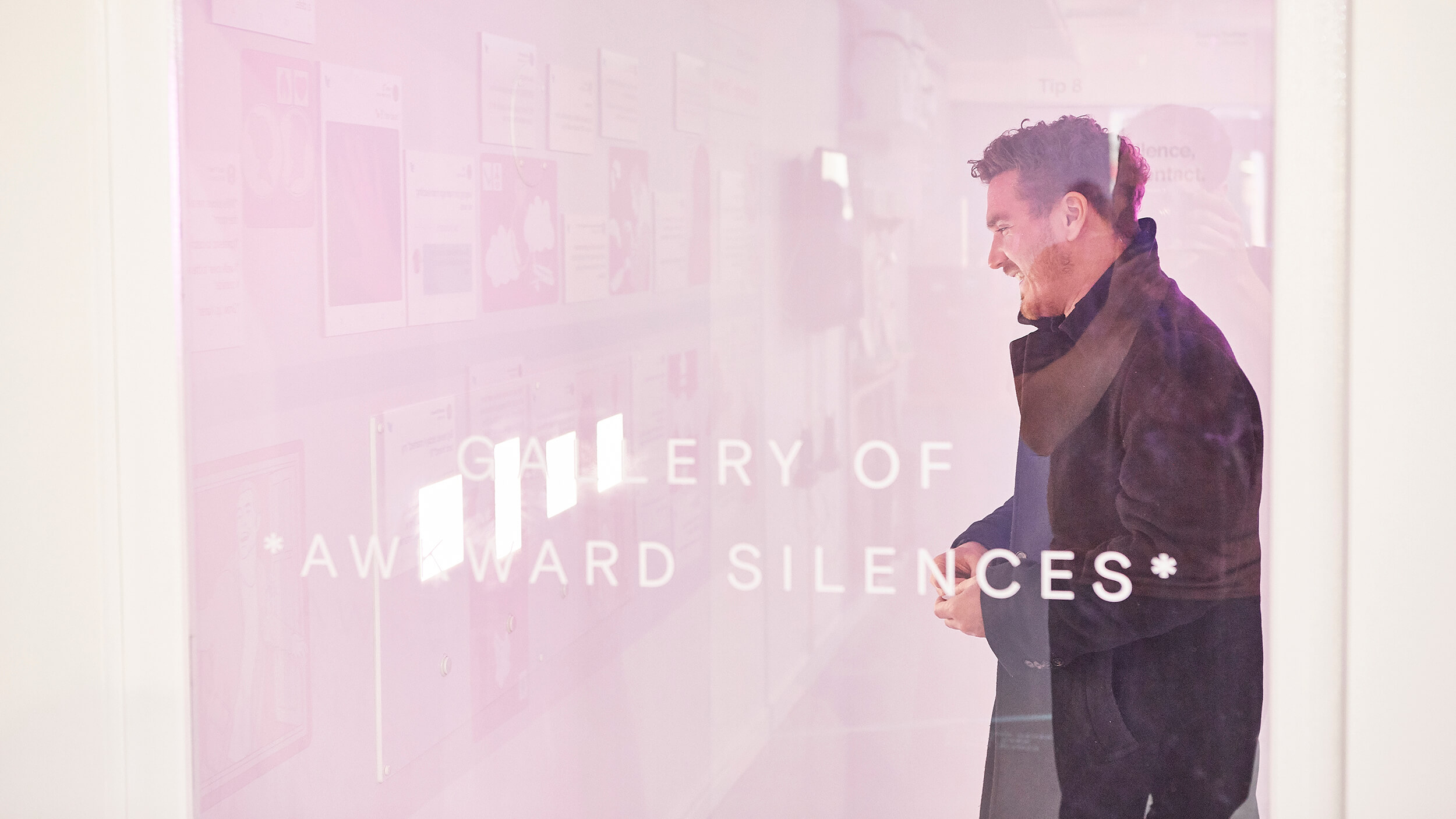 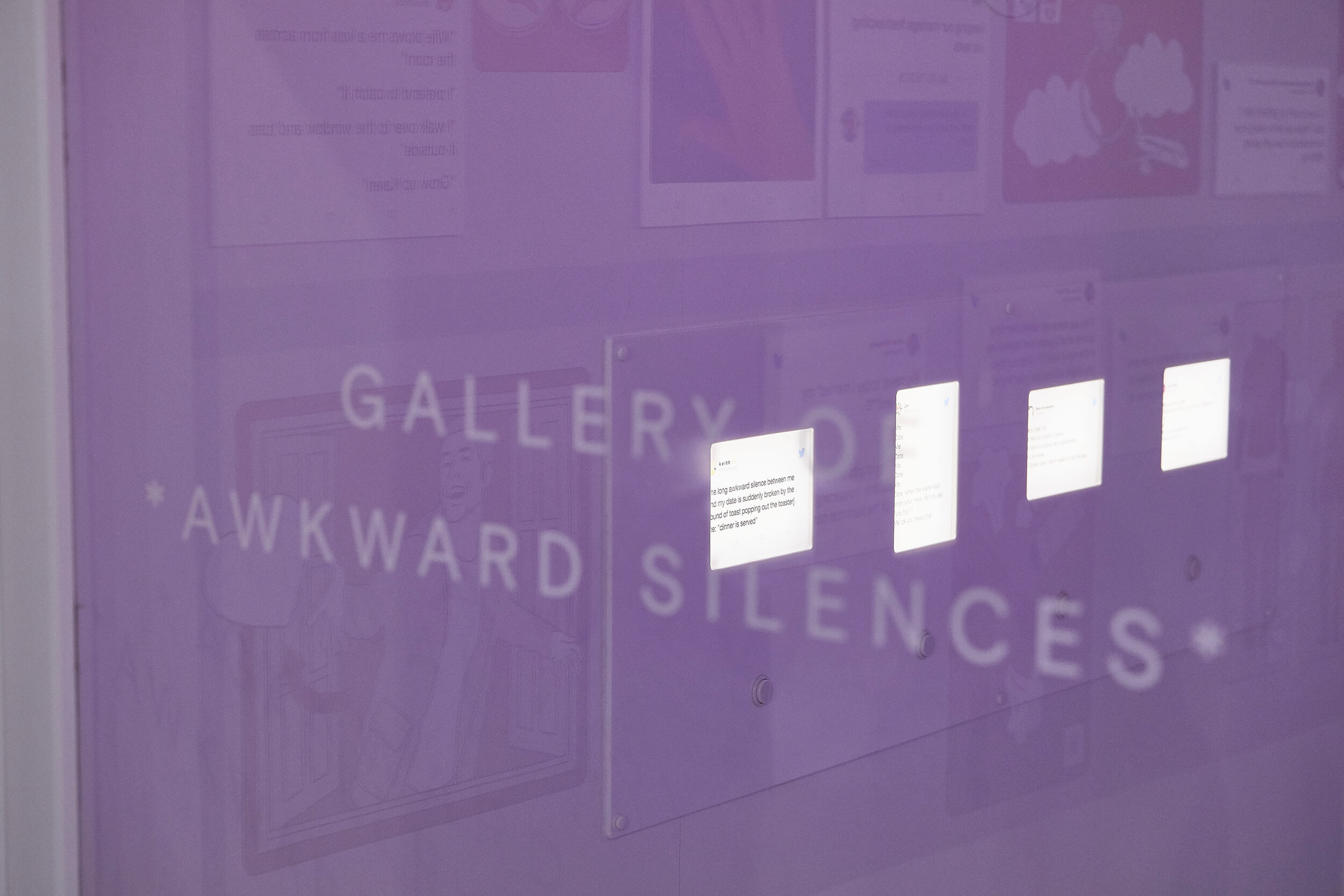 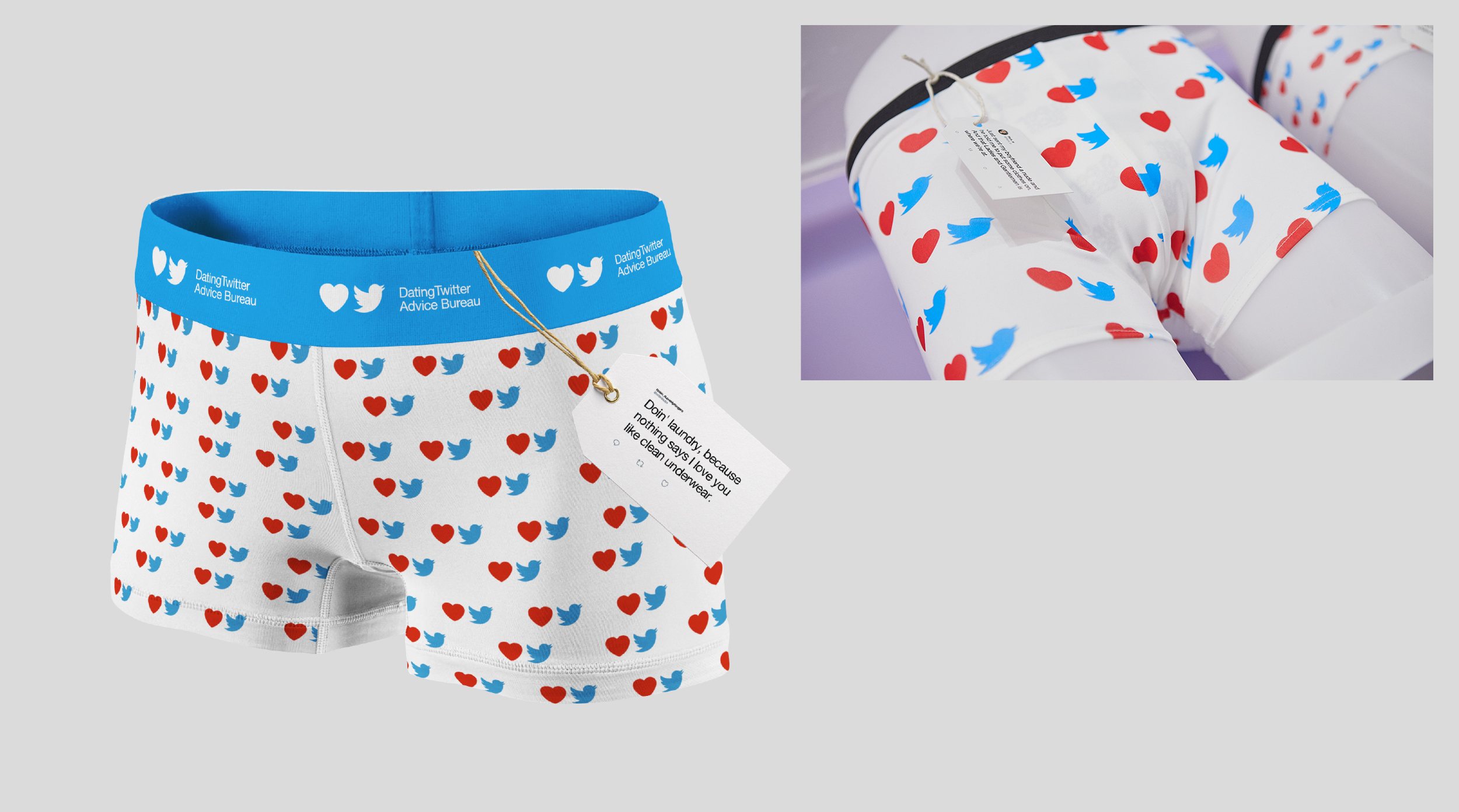 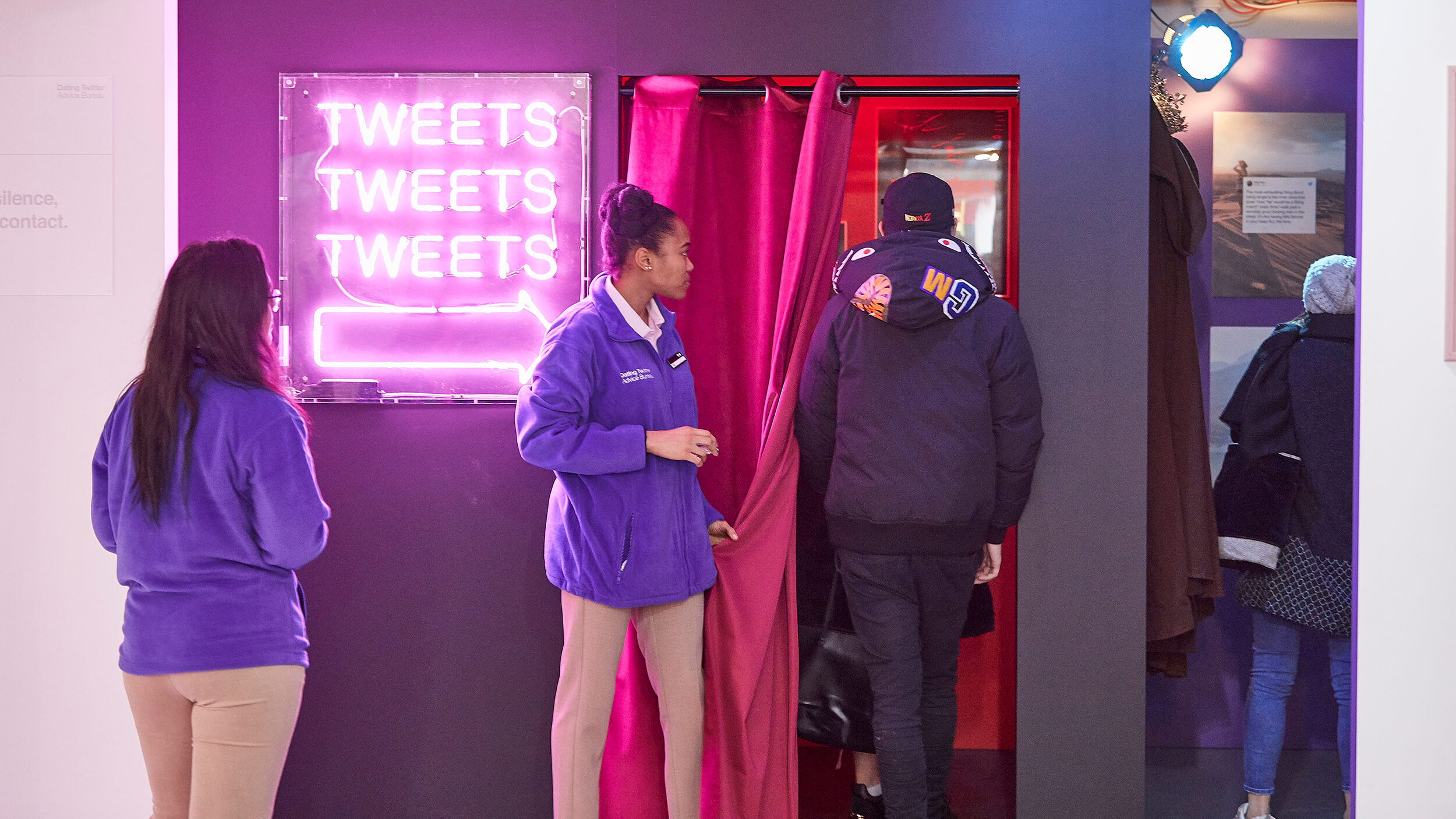 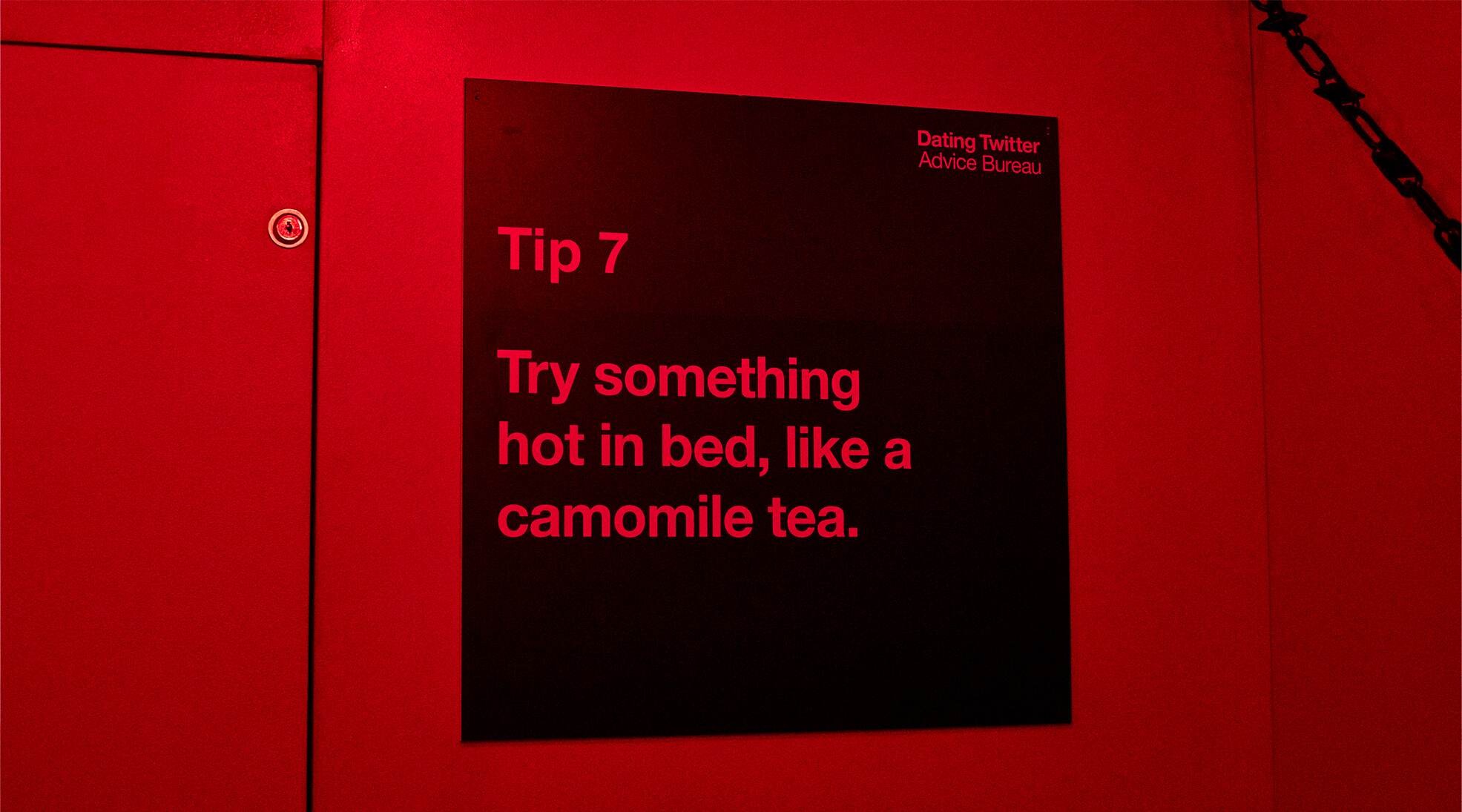 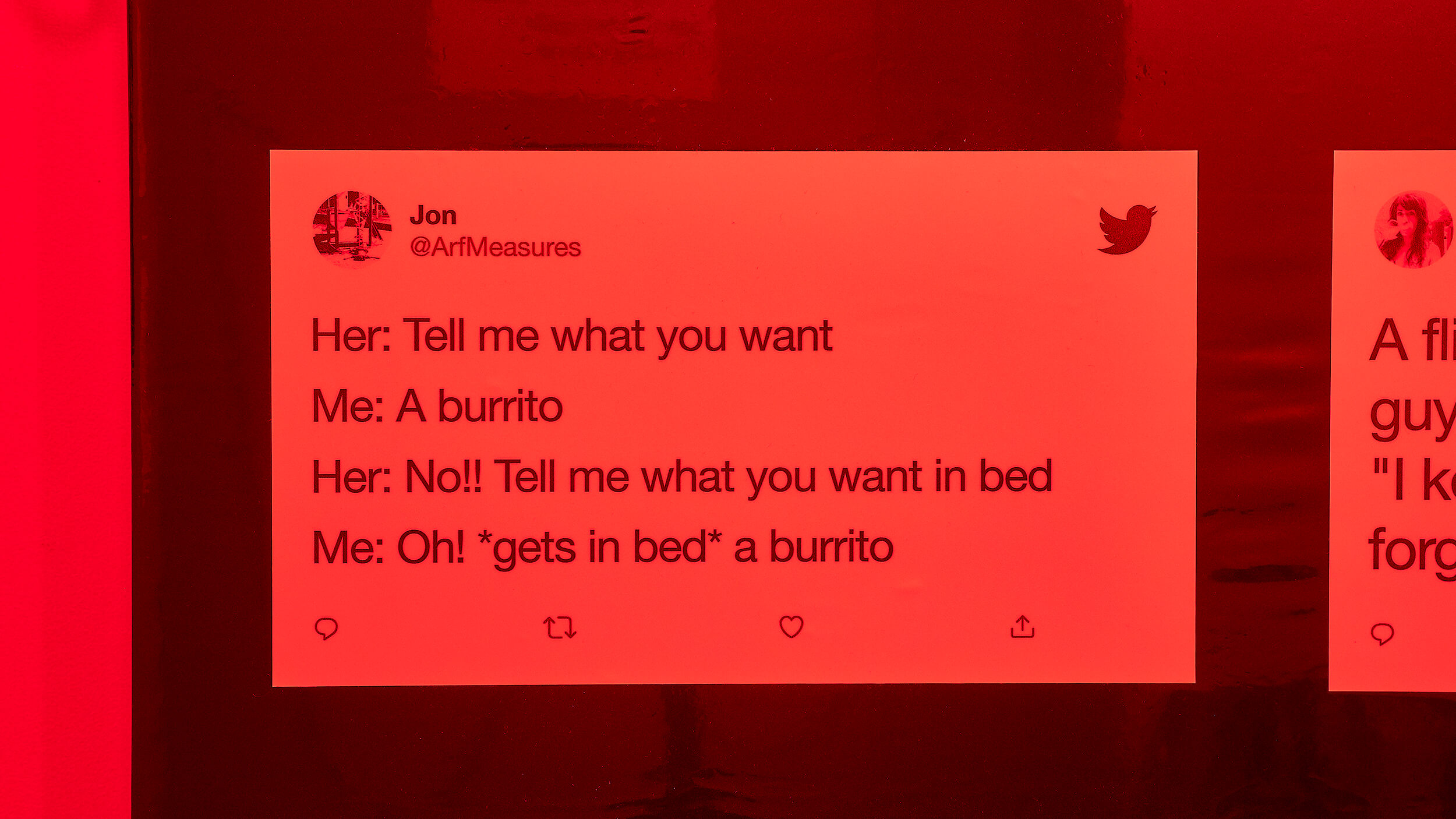 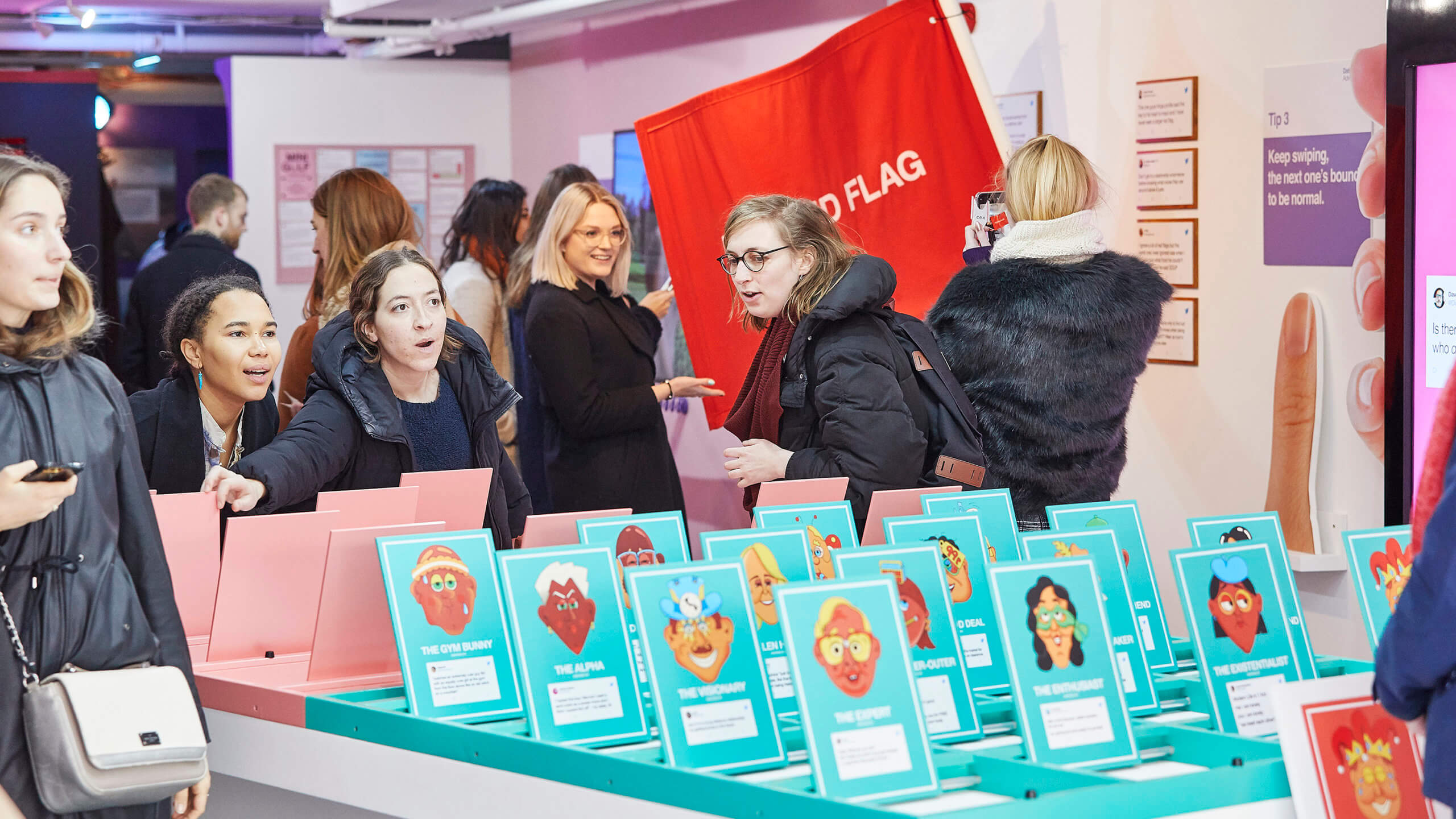 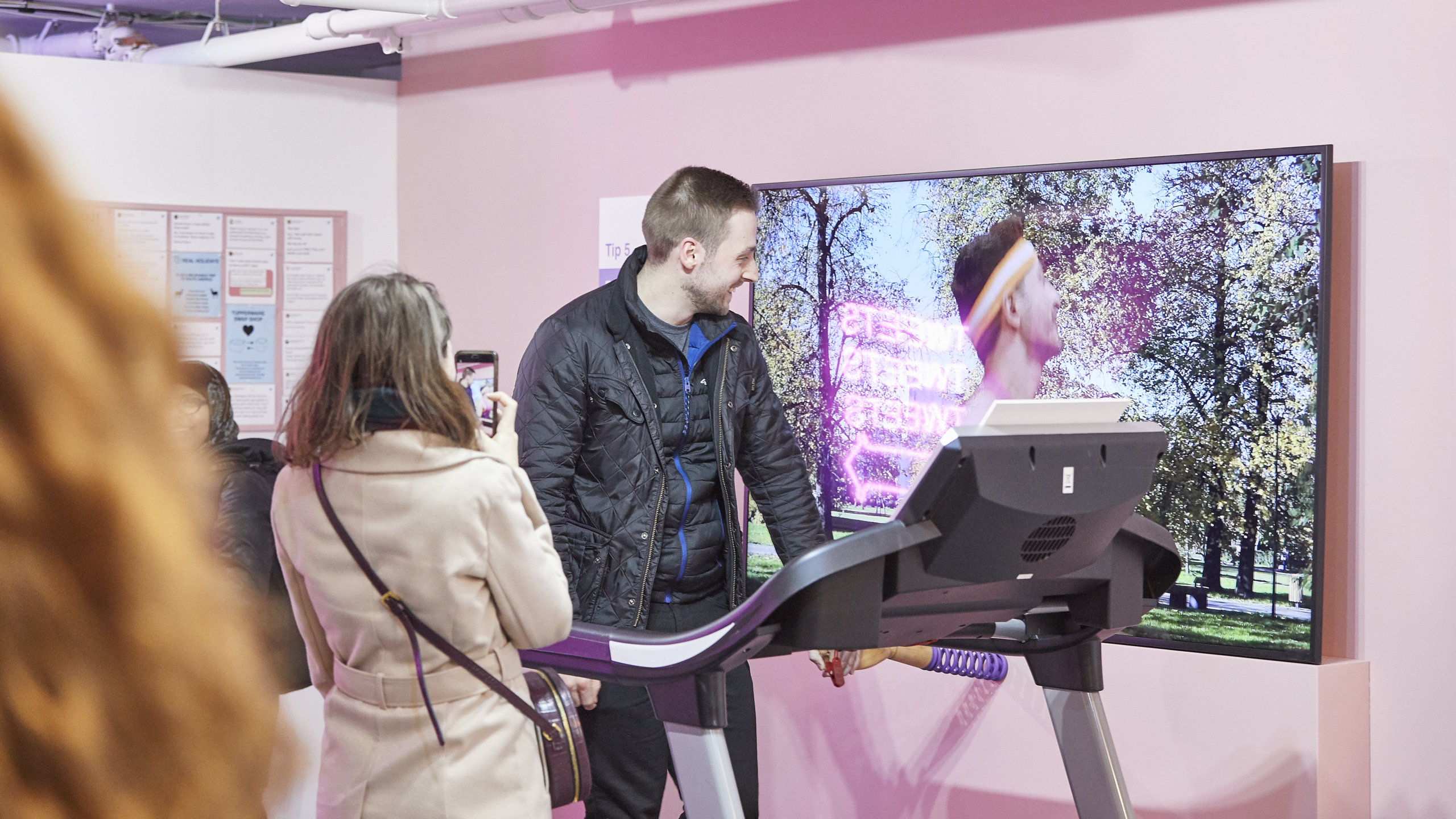