If it's happening in the world, it's happening on Twitter. Our aim was to remind people of that, whilst positioning Twitter as the best place for up-to-date news and conversation. Using Twitter's iconic hashtag we turned live data into gigantic visuals to plaster the biggest live conversations on Twitter in London's Piccadilly Circus, every day for sixty days.

Working with over 50 partners the campaign featured everything from trending artists like Liam Gallagher, to TV shows like House of Cards. Working with numerous premier league football clubs we spotlighted the most talked about football matches every weekend, displayed beautiful visuals from the weeks biggest game and film launches, and celebrated key cultural moments like #RemembranceDay as they trended on Twitter. 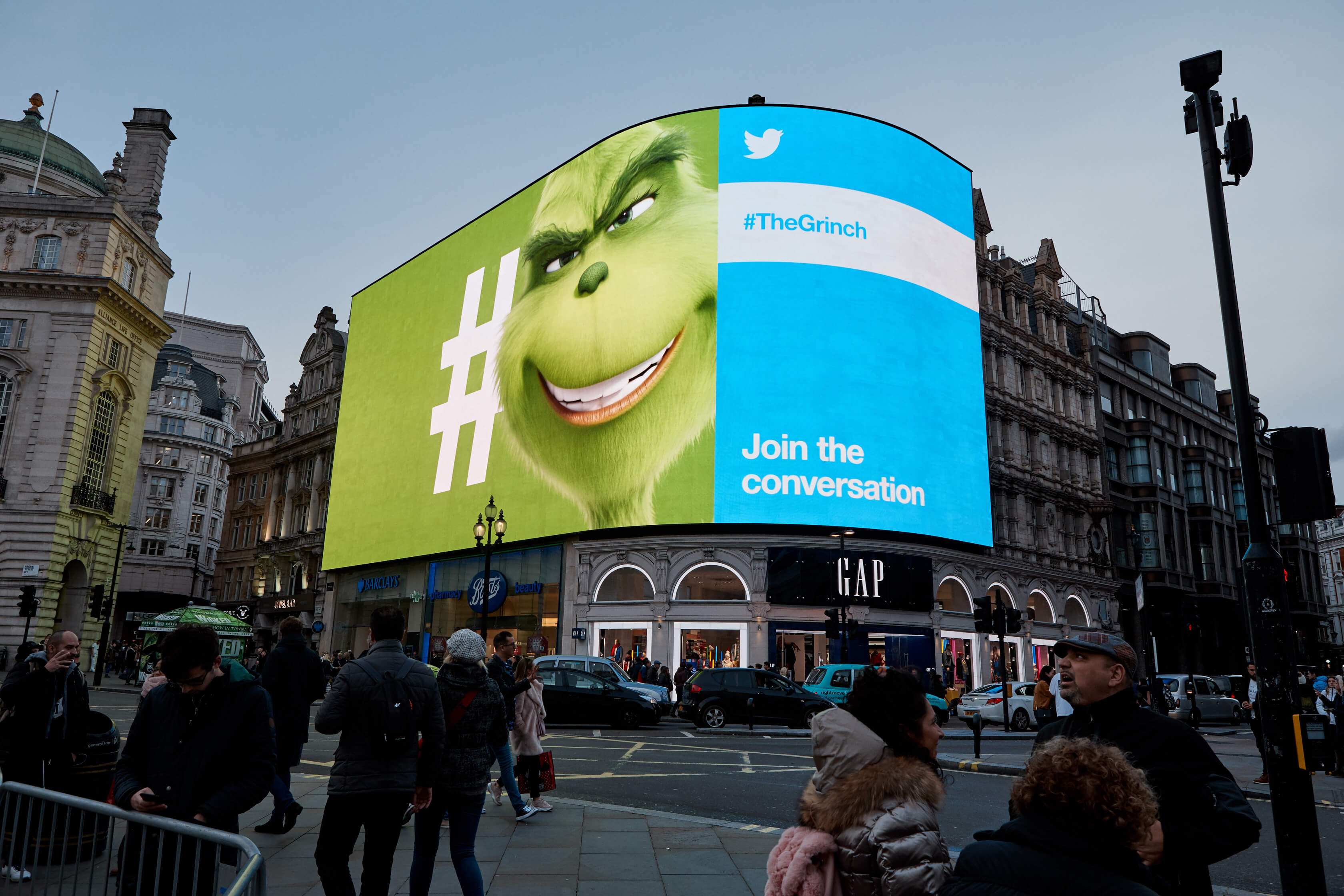 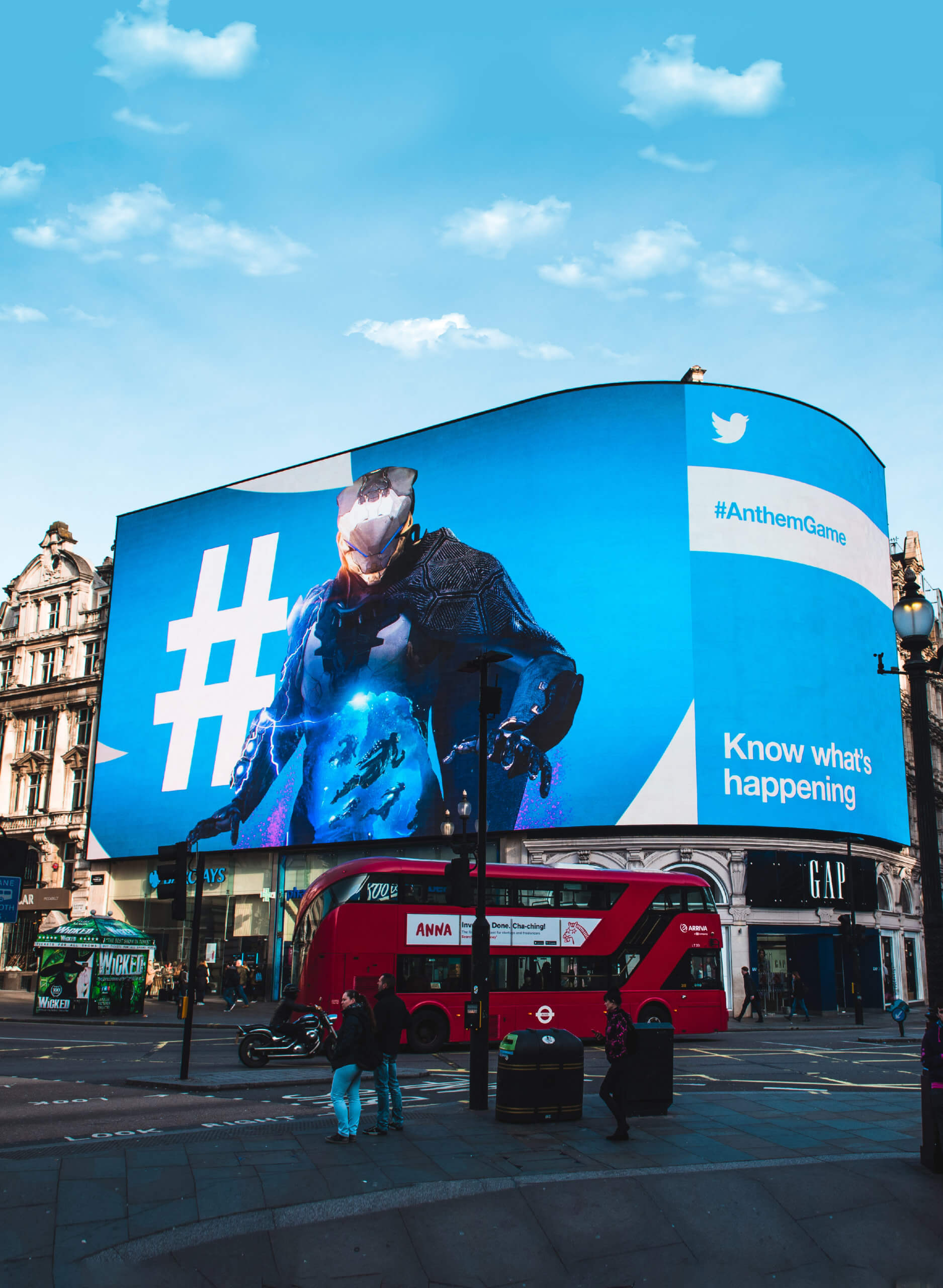 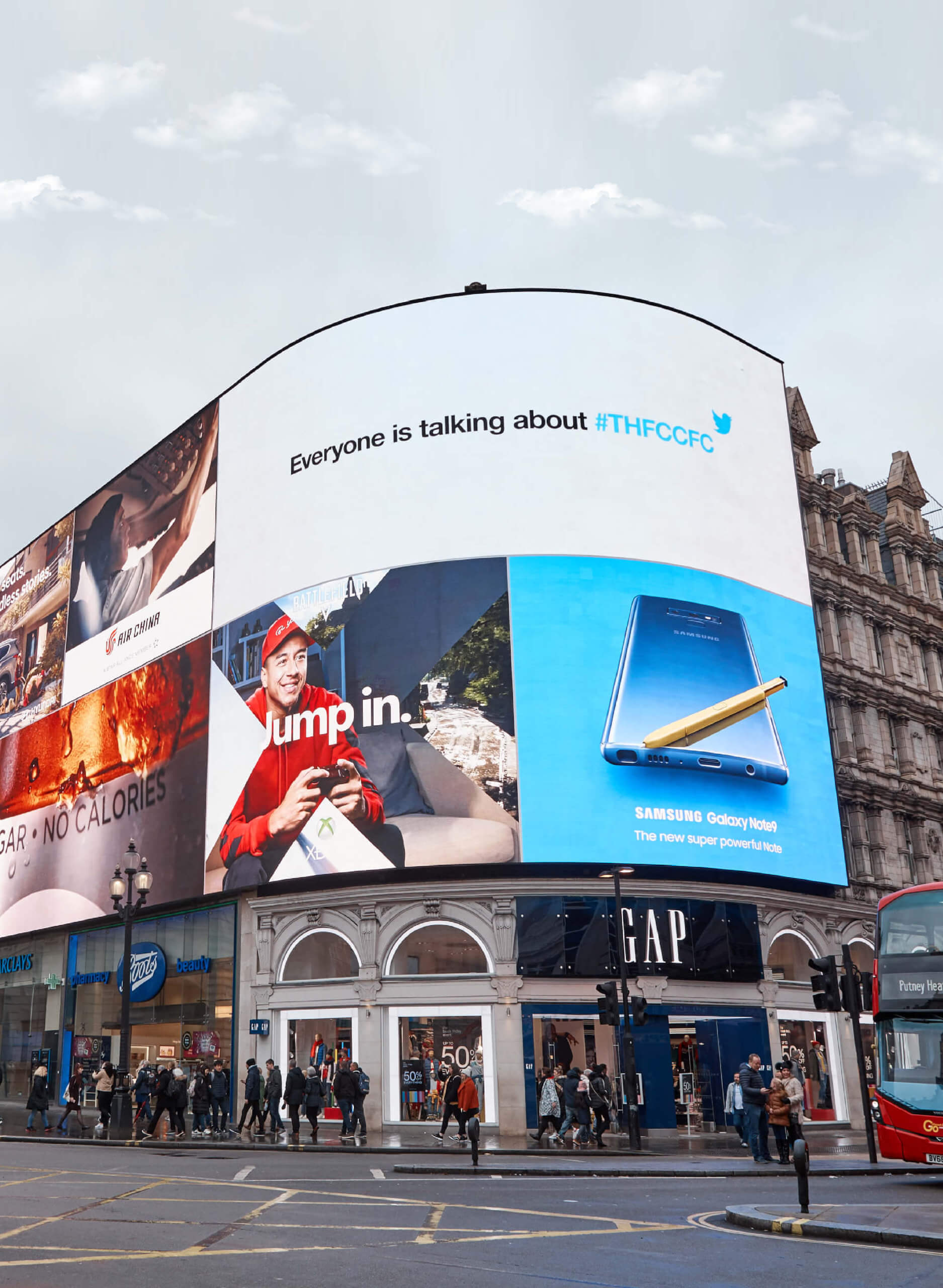 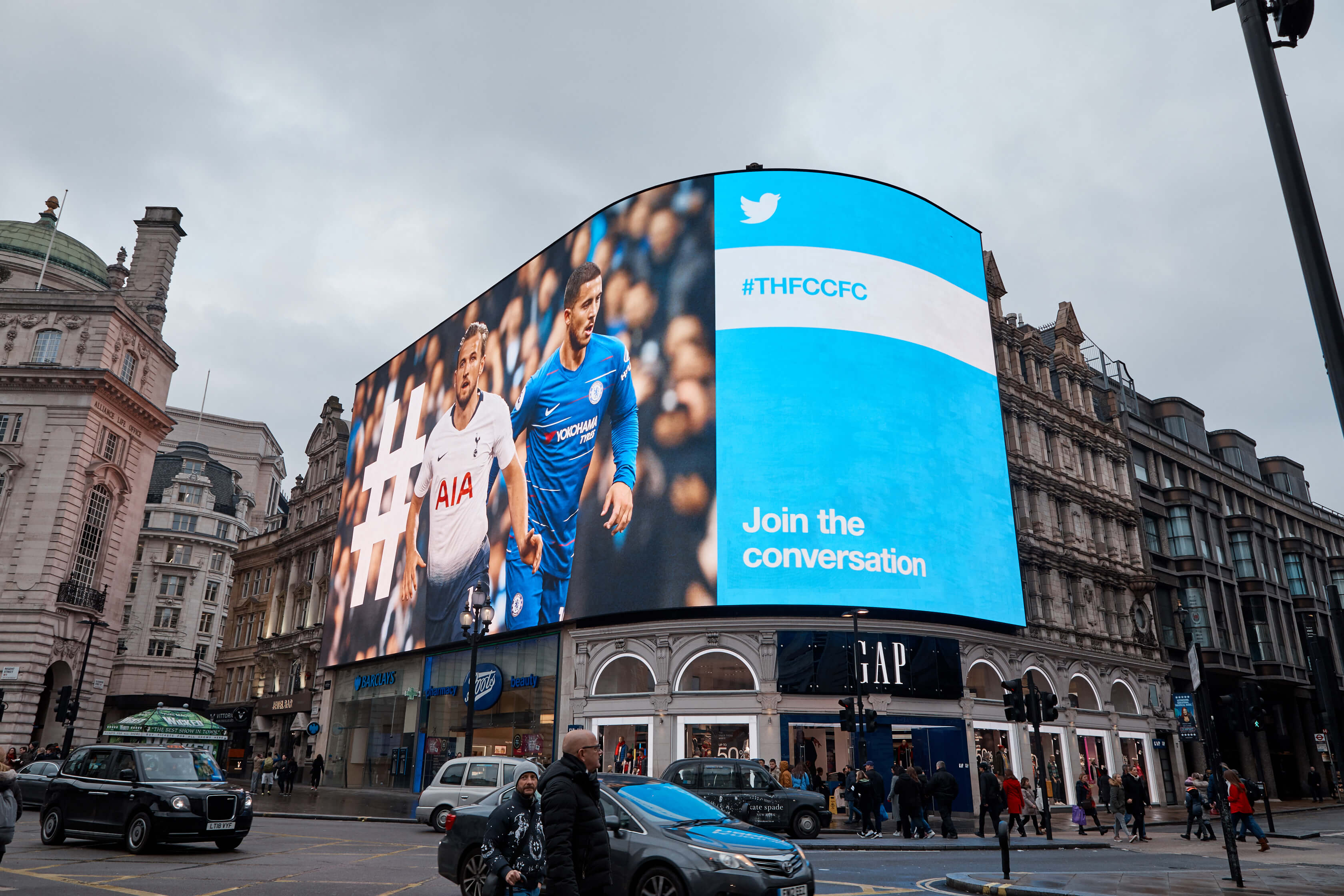 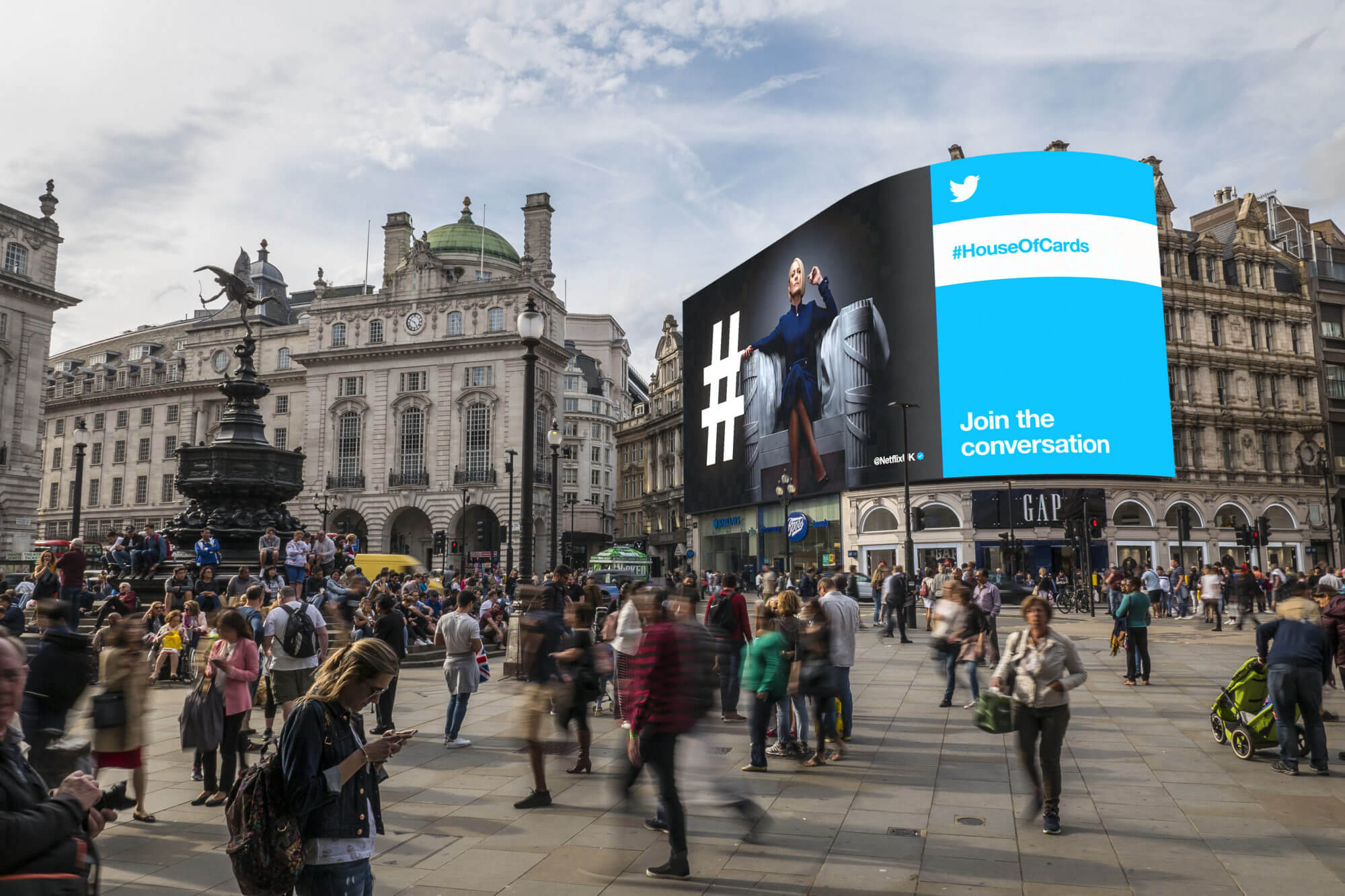 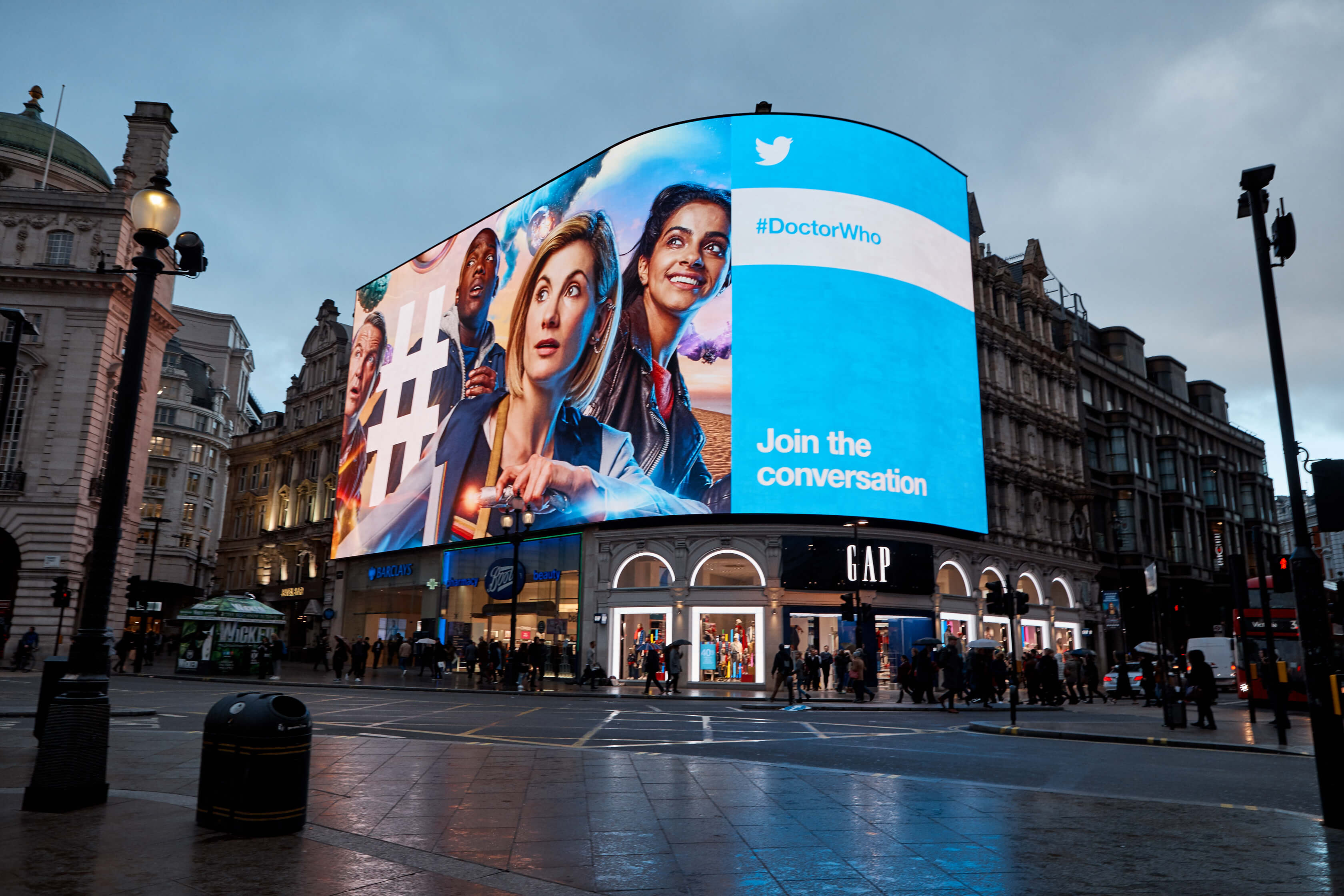 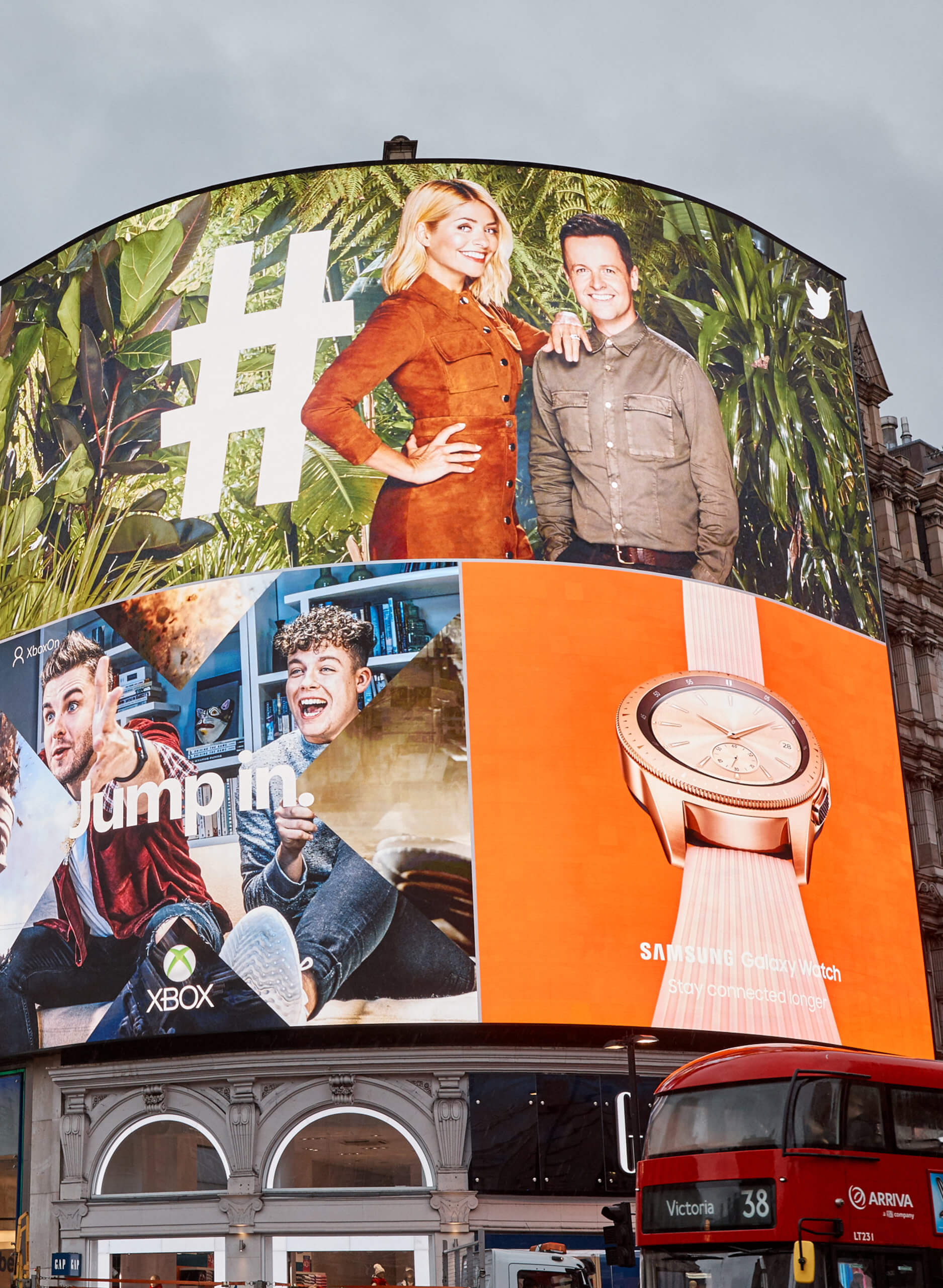 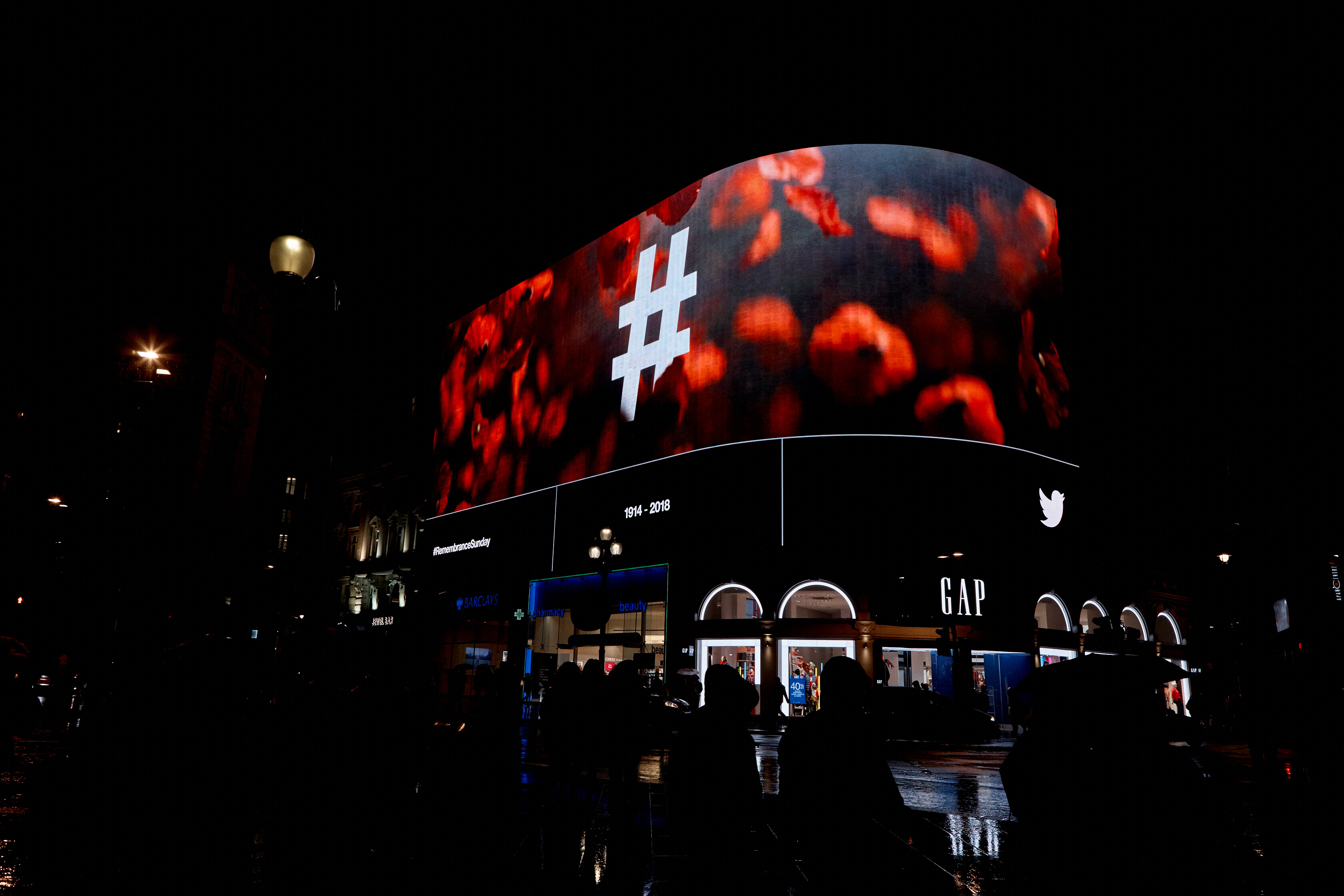 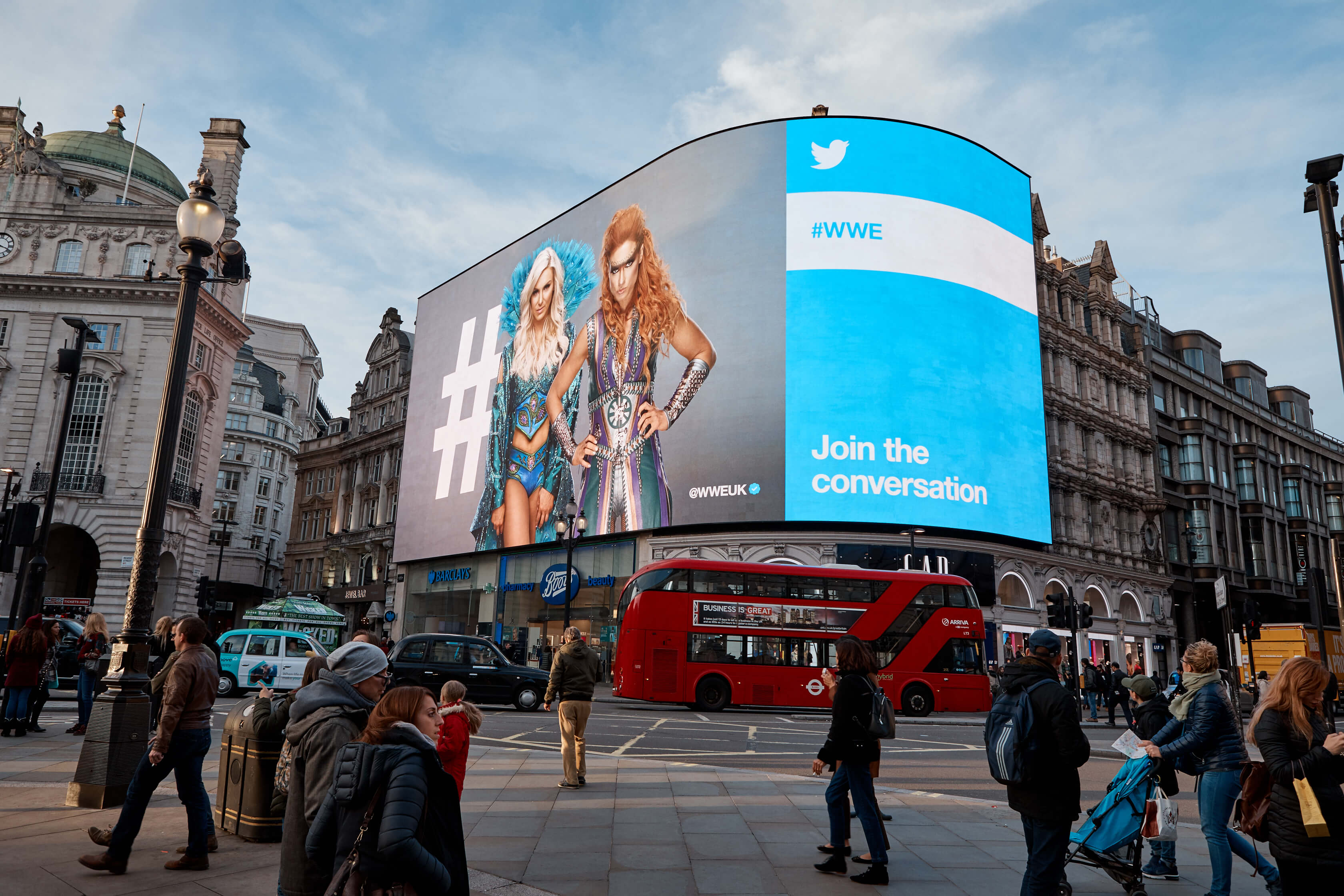