Scott Parker x The Streets was one of the funniest, most talked-about football memes of 2020. Described as “a work of art” and “a stroke of pure genius”, the Parker/Skinner meme took Twitter by storm.

Every time Scott Parker gave an interview a new mashup was made. Soon hundreds of Tweeters were clamouring for more Parker x Skinner content.

With football fans’ voices ringing in our ears, we decided to celebrate the Tweeters creativity, mark the collaboration and give Tweeter’s what they’d been crying out for – a genuine musical collaboration between the Premier League’s most poetic manager and British music’s most iconic storyteller.

So, by the magic of CGI, (and with permission from Scott Parker and The Streets) we substituted the Fulham FC manager for Mike Skinner into The Streets’ music video, ‘Don’t Mug Yourself’, turning the much-loved meme into more original parker material that’s hilarious and surreal in equal measure.

In the style of your typical album launch we also created a video launch teaser and retro swag to send out to Scott Parker x The Street's biggest fans. 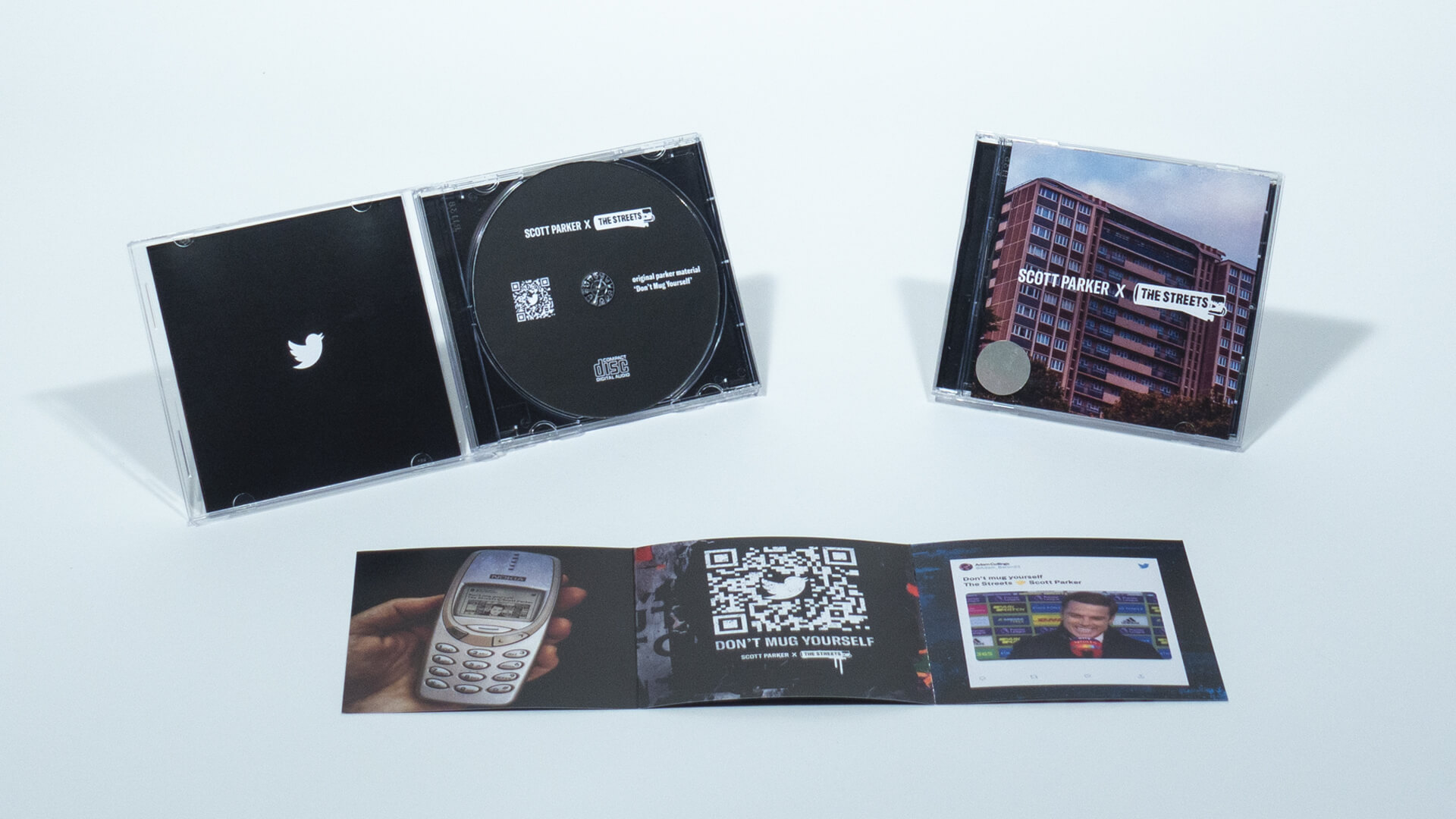