At London Fashion Week trends from the catwalk travel fast on Twitter. The only downside is that these styles won’t hit the shelves for another six months. Our idea, #LIVETRENDS found a solution to this.  We used Twitter data to turn the front row’s looks into shoppable collections immediately available to buy in TOPSHOP stores.

TOPSHOP published new looks seamlessly across Twitter, on their website, in the window of its flagship store and on seven digital billboards, all of which were within ten minutes’ walk of the nearest Topshop where you could buy the looks.

The campaign was a big success! More than 3.8 million customers used our hashtag on Twitter. There was a sales uplift of 75% on products which featured online during the DOOH campaign, contributing to a massive 11:1 return on its investment.

#LiveTrends was awarded the Out of Home and Integrated Campaign at the 2015 CLIO Image Awards and Digital Marketing Campaign of the Year at the 2015 B&T Retail Week Tech & eComm Awards. 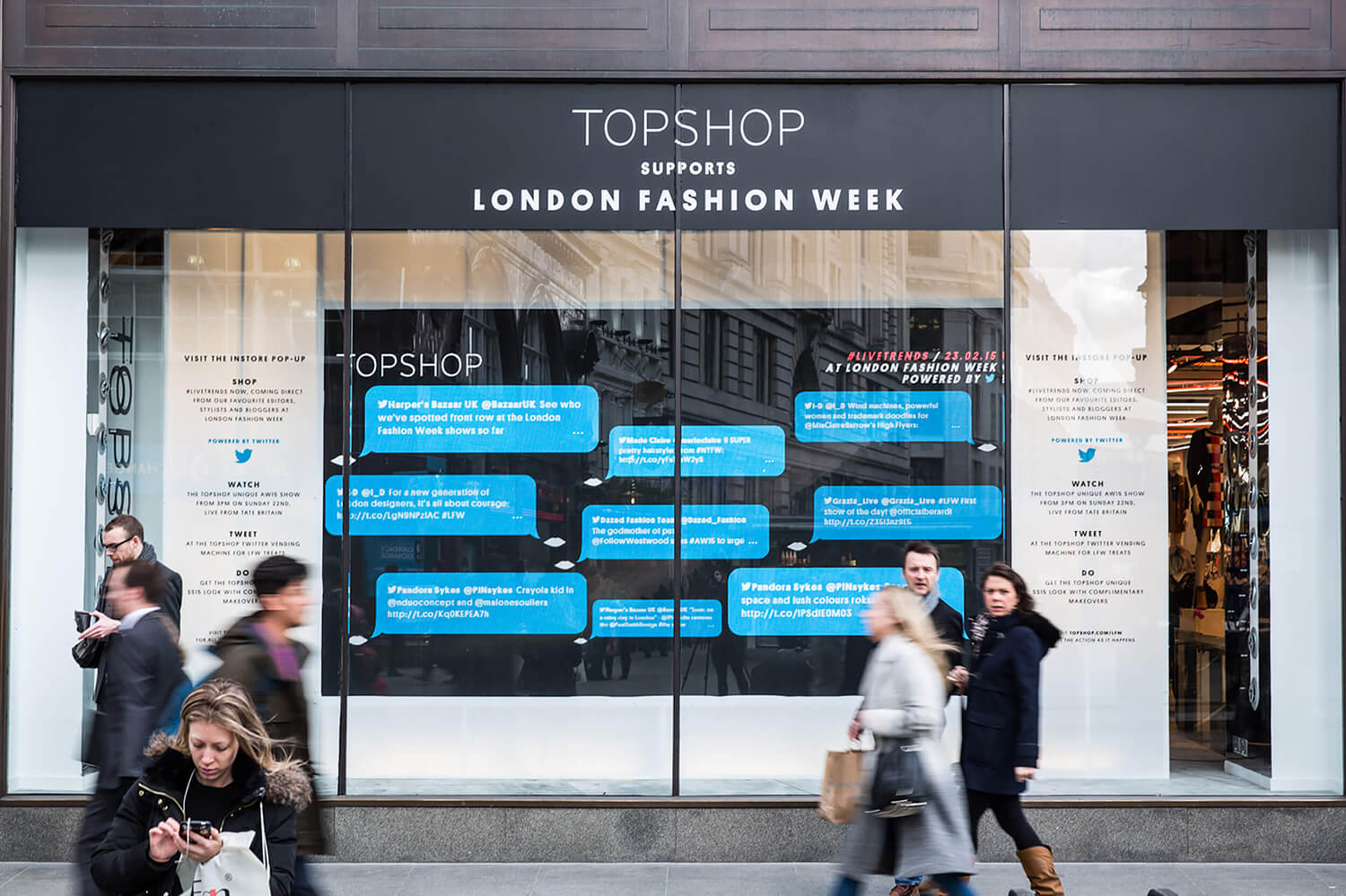 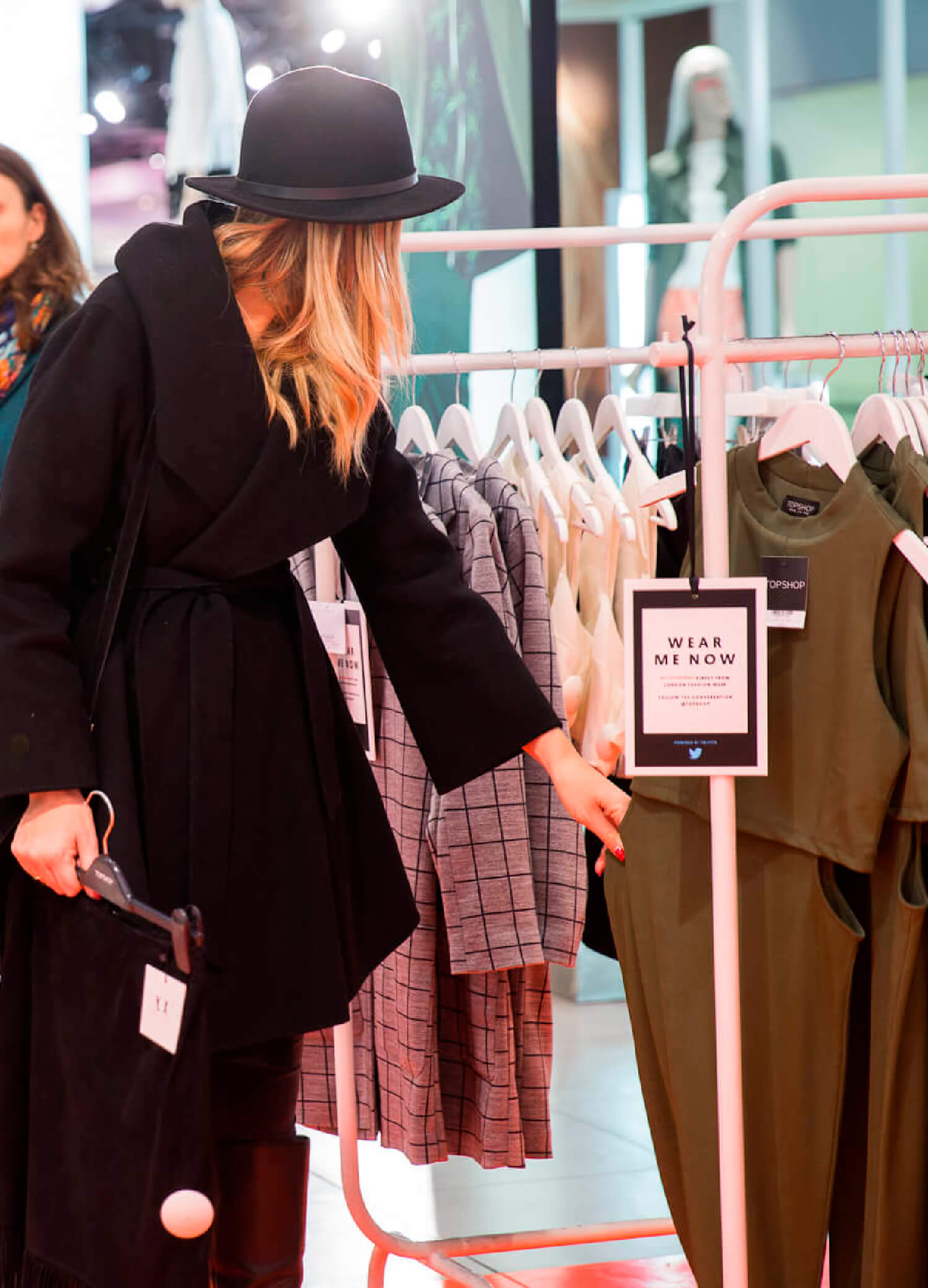 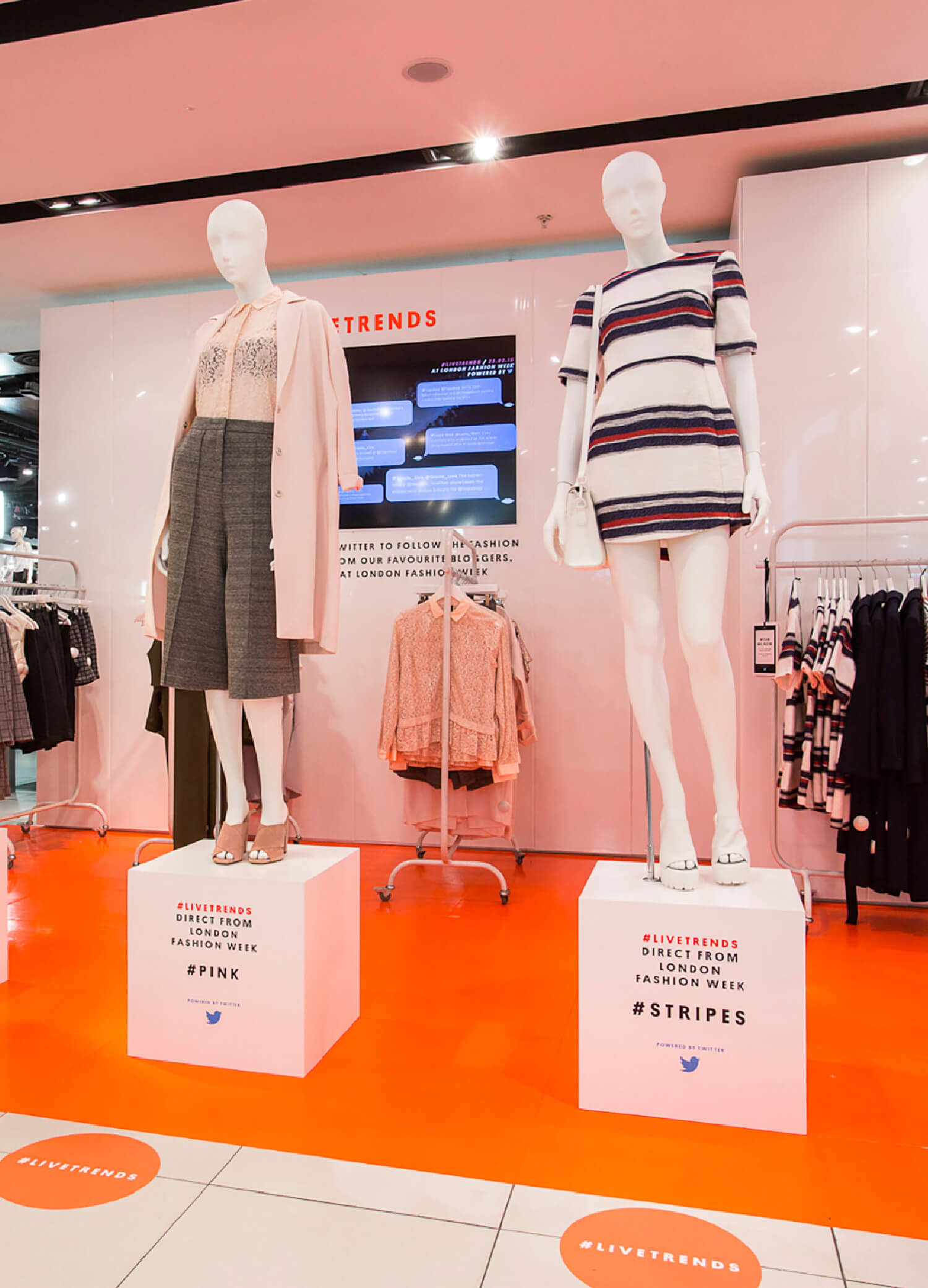