London Fashion Week (#LFW) is the biggest fashion event of the year, with fans desperate for a front-row view of the catwalk. For #LFW2015, Burberry set out to become the most talked-about brand on social and were looking for a big idea.

We had just the thing. Burberry #TweetCam; The world's first Twitter powered camera that took fans to the heart of the action.

We worked with tech experts Hobbynote to place three lenses at the most exclusive vantage points at the venue – the VIP row, the paparazzi pit and above the catwalk. As the show was live streamed on Twitter, fans could Tweet @Burberry with #Tweetcam to trigger one of the lenses. In response they received their unique photograph, personalised with their @handle and a time stamp.

The campaign was loved by fashion fans across the world. There were over five thousand photos delivered, rumours emerged that #TweetCam would break the internet, and our campaign was featured in French Vogue. 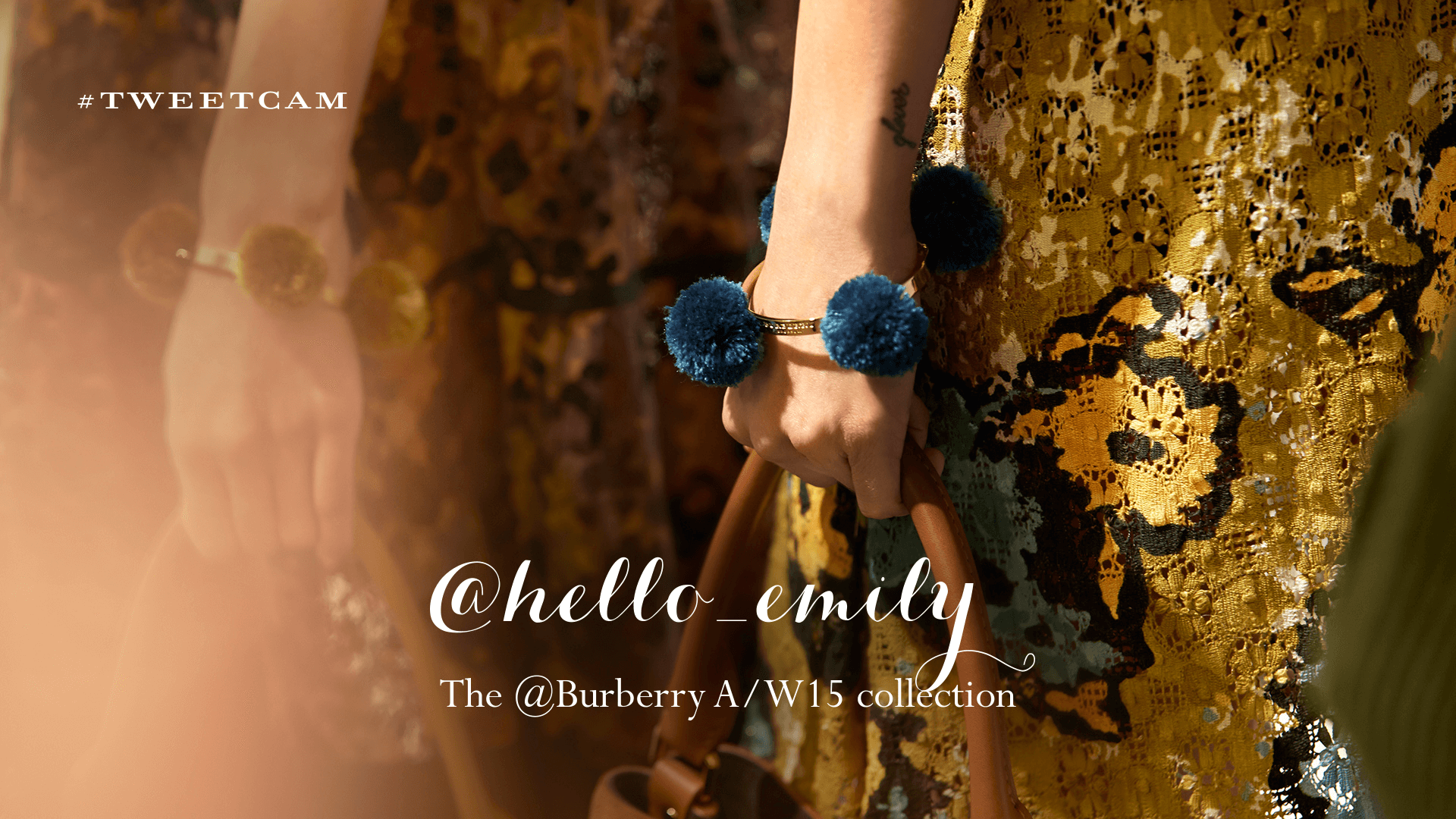 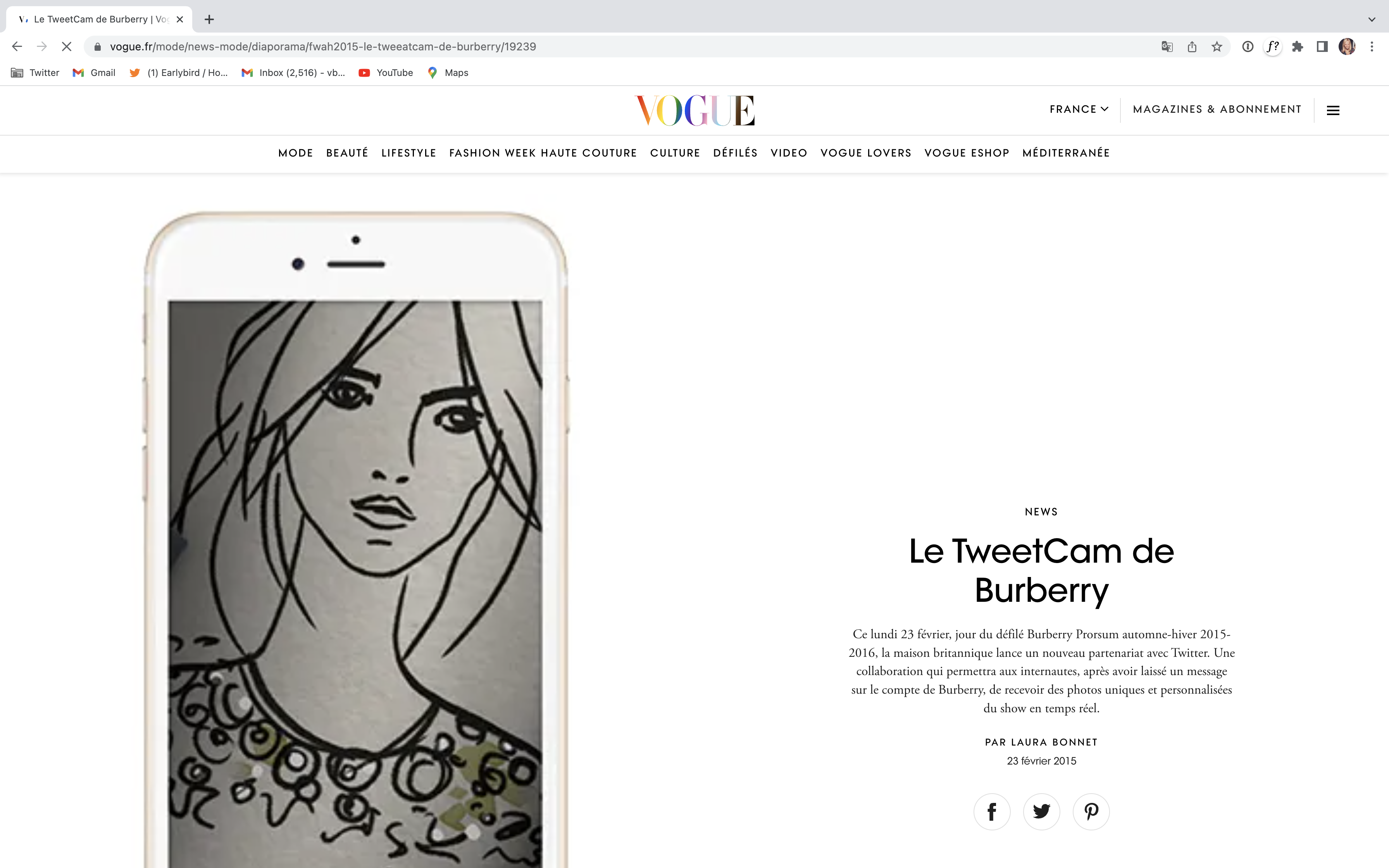