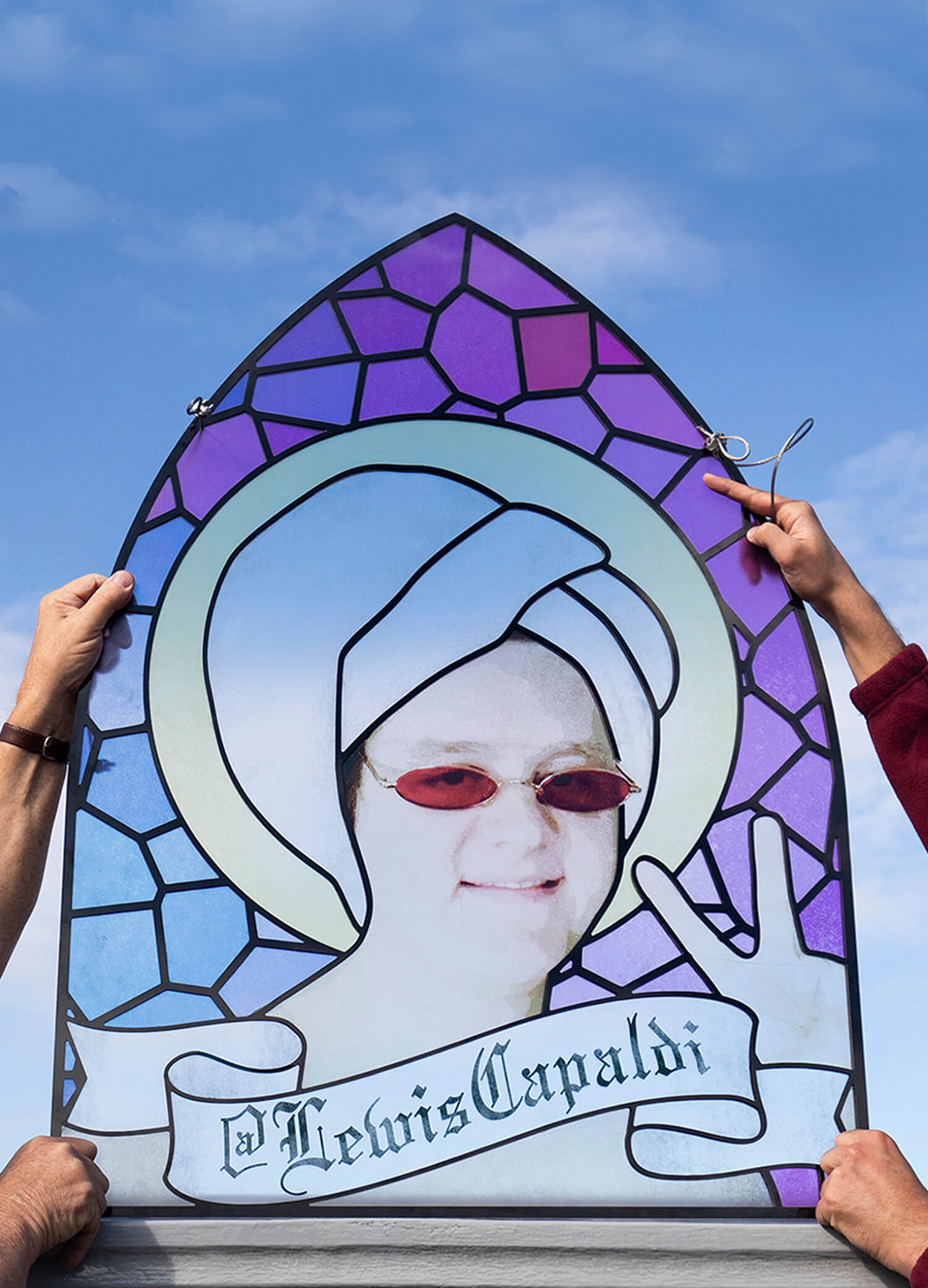 Twitter is a different experience to different people. You might hear about Twitter every day, and use it all the time, but feel indifferent to it. Those who are part of highly interconnected conversations, however, tend to have a great Twitter experience.

Our objective was overcoming indifference by highlighting one of those interconnected conversations: #ScottishTwitter. Real people, sharing raw, unfiltered, hilarious observations about daily life, in a Scottish accent. Simply advertising #ScottishTwitter’s existence wouldn’t do: we needed to build outwards from the conversation itself, show the heavy Tweeters that we love them and amplifyt heir Tweets to newaudiences, through an experience that drove press and buzz.

#ScottishTwitter means hilarious, irreverent, observational comedy with a strong Scottish accent. So where better to celebrate this than at the Edinburgh Fringe, one of the world’s largest comedy festivals? We needed to enter this incredibly busy environment and say to Fringe-goers: you want proper comedy? You’re looking in the wrong place, pal. It’s on Twitter.

Our idea? Visit #ScottishTwitter: an affectionate parody of every visitor centre you’ve ever traipsed round.

Open for five days in the centre of historic Edinburgh, celebrating over a hundred Tweets from Scotland’s greatest keyboard comedians.

The Fringe audience was in Scotland but missing out on authentic Scottish comedy. We fixed this. We took the resolutely offline format of the visitor centre - staid, traditional - and inverted it, clashing the tropes of rural holidays against the cutting edge of online humour. The result was an unexpected, unusual, and hugely shareable physical experience that felt nothing like what you expect from branded experiential.

This campaign was fully integrated, with a video featuring Scottish comedian Fern Brady, a full social takeover of @TwitterUK, billboards in stations and roadsides, ads in the Scotsman and a 2m tall advertising tower that read out the Tweets in Bristo Square, the centre of the comedy zone. 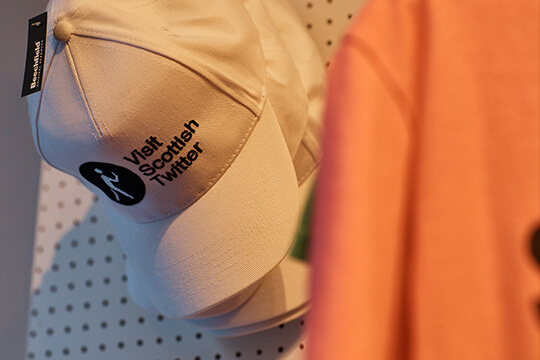 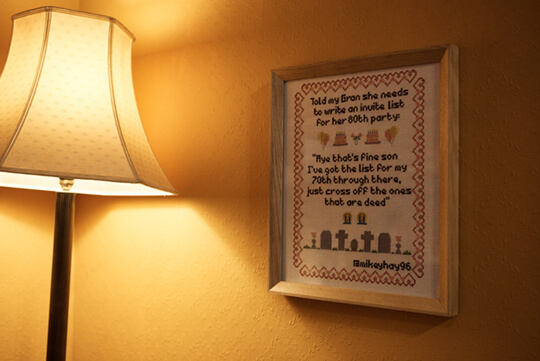 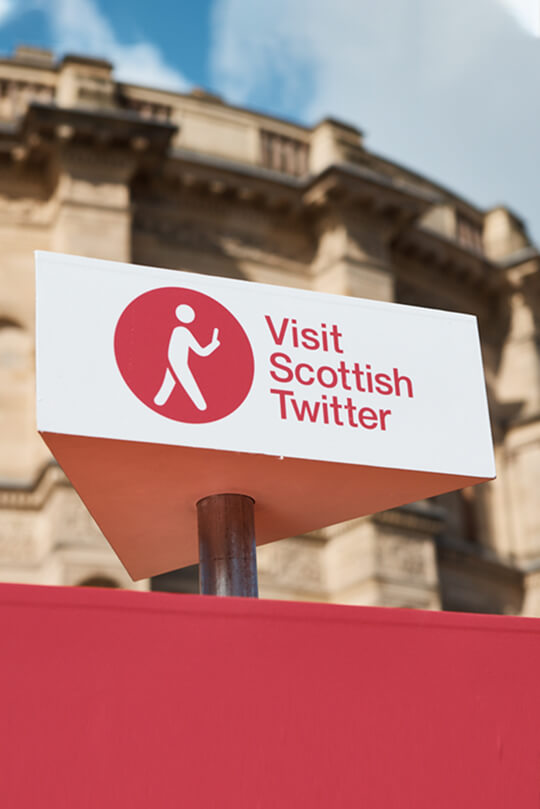 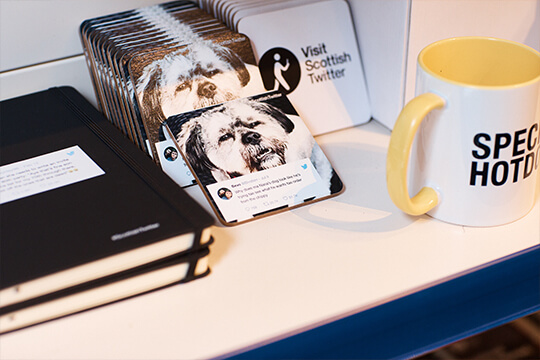 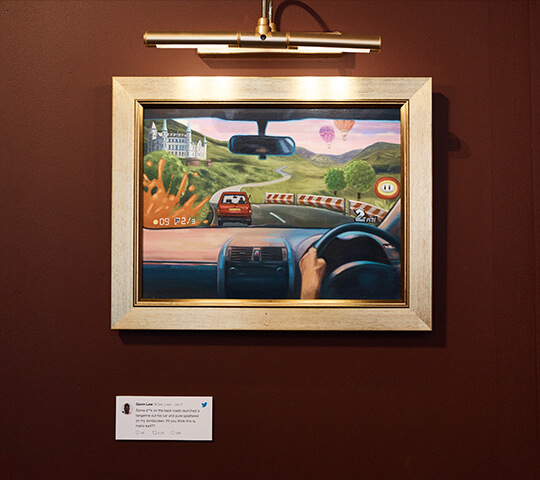 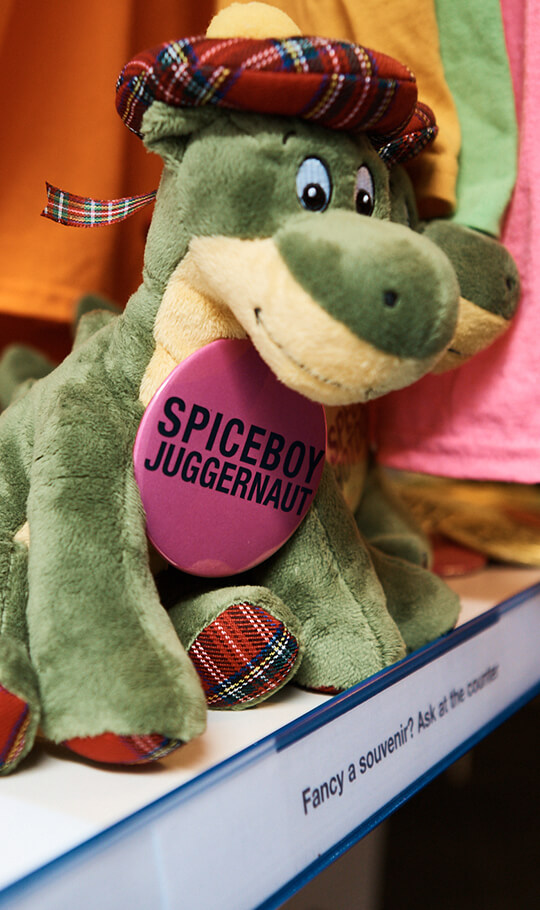 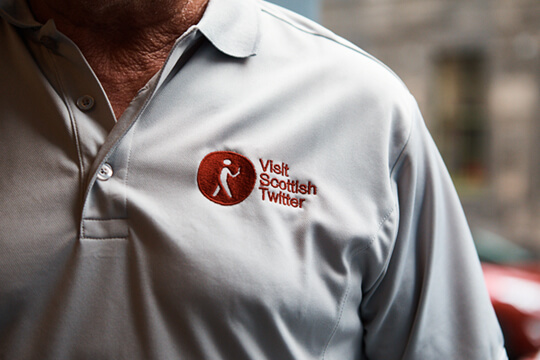 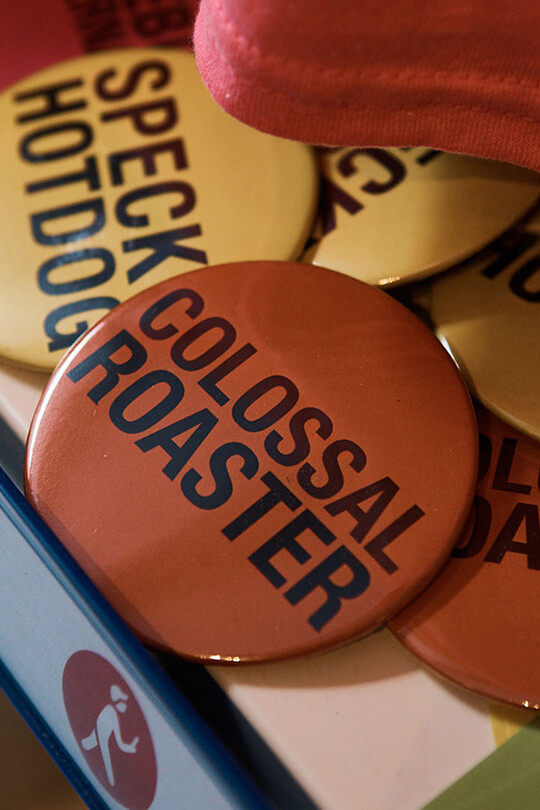