#ScottishTwitter has been described as the funniest place on the internet. It's real people, unfiltered and hilarious observations about daily life, in true Scottish dialect. So where better to celebrate these keyboard comedians than at the Edinburgh Fringe, one of the world’s largest comedy festivals.
How could we compete with 3,800 shows? Nae bother.

We upped sticks, moved to Scotland and opened the Scottish Twitter Visitor Centre - an affectionate parody of every visitor centre you’ve ever traipsed round. Filled with hundreds of Tweets the centre took the classic format of a visitor centre - informative and traditional - and inverted it, clashing it against the cutting edge of online humour. The result was an unexpected, unusual experience that felt nothing like what you expect from a brand.

This campaign was fully integrated, with a video featuring Scottish comedian Fern Brady and a full social takeover of @TwitterUK. 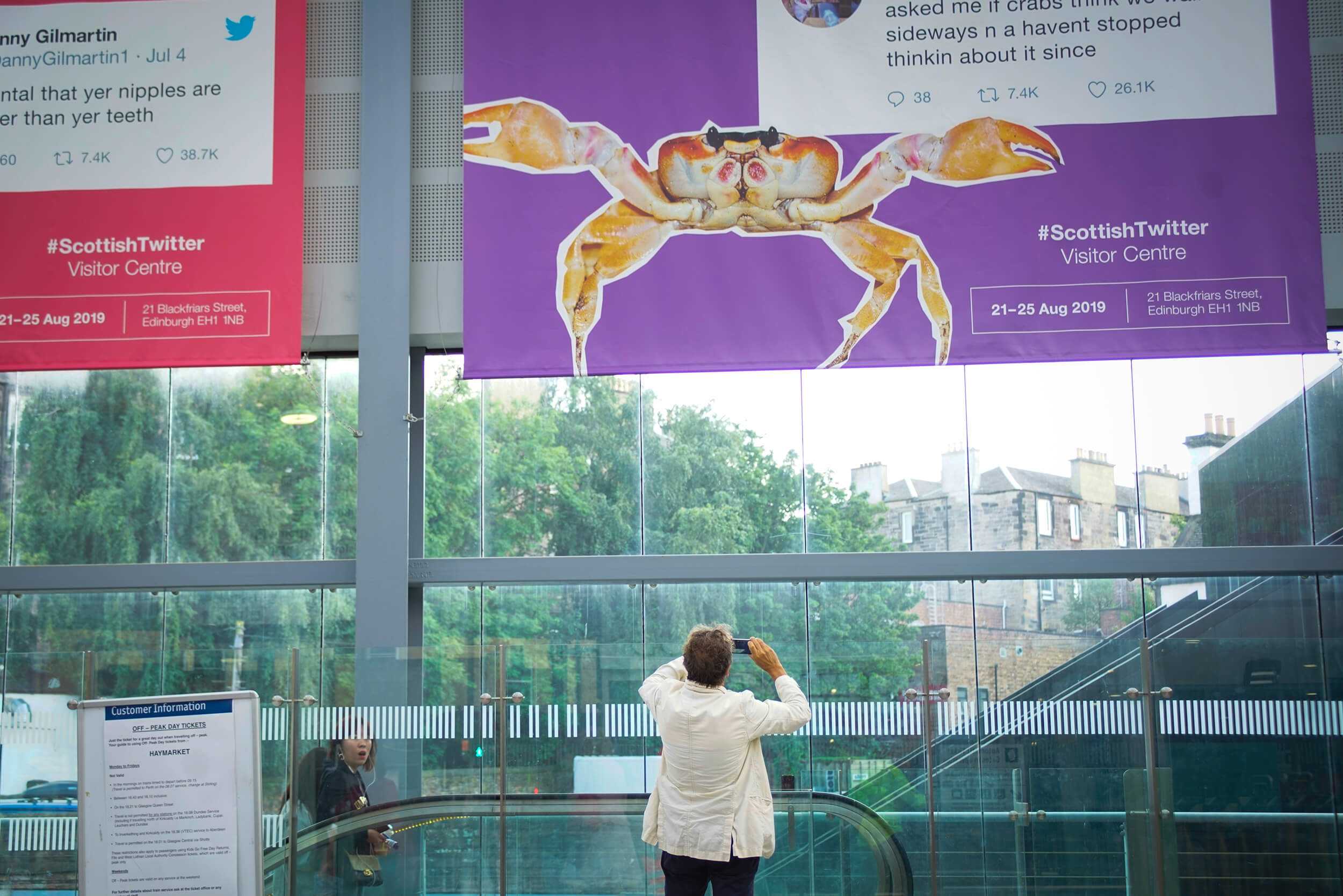 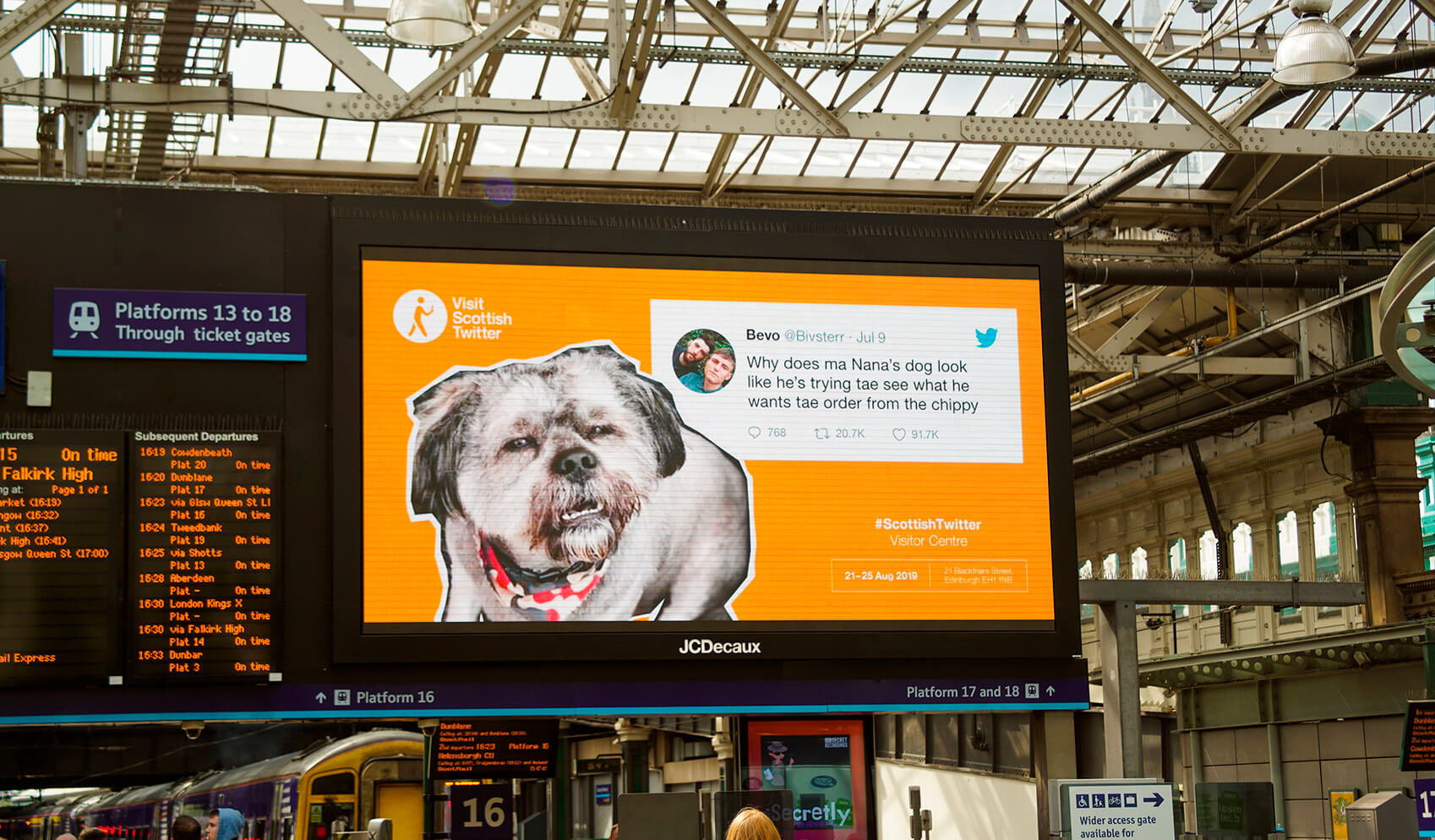